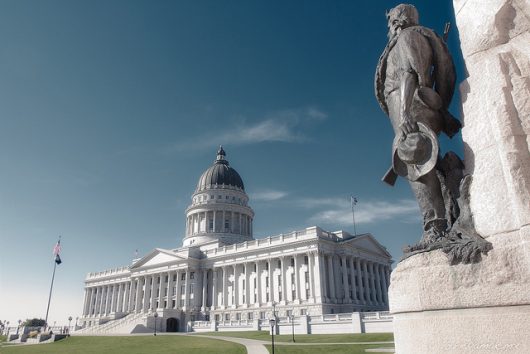 This May, Utah leaders joined the U.S. Global Leadership Coalition (USGLC) to form the Utah Advisory Committee. The Utah branch of the USGLC will promote investing in America’s International Affairs Budget in order to increase global development and leadership.

The USGLC is a national network of about 400 leaders from a variety of backgrounds who work to improve global development and domestic safety. The group supports the International Affairs Budget to promote national security, economic prosperity and humanitarianism.

All 50 states participate in the USGLC, and Utah’s new Advisory Committee joins the ranks of many leaders already invested in solving global issues, ensuring national security and improving the U.S. economy.

Former governor of Utah and U.S. Ambassador to China Jon Huntsman Jr. is co-chair of the Utah Advisory Committee along with former U.S. Representative Jim Matheson. Huntsman affirmed that “what happens around the world absolutely affects us here in Utah,” and his desire to see more job creation in the U.S. partially drives his concern for global issues.

How Utah Benefits from Global Improvements

As Utah and national leaders alike have stated, investing in global development creates more jobs and opportunities for U.S. citizens. According to the USGLC’s official website, about 375,000 of Utah’s jobs concerned trade in 2013, which was about 22 percent of all jobs in the state.

In the entire U.S. about one out of five jobs have to do with exports, and about half of these exports go to developing countries. Thus investing in aid and alleviating people out of poverty gives the U.S. access to new consumers and markets. As the U.S. creates more consumers, it builds more trade opportunities and jobs at home as it invests in developing nations.

Various Utah leaders, such as Senator Orrin Hatch, expressed support for the new Utah Advisory Committee of the USGLC based upon concerns for domestic security. “Given the challenges we face abroad, our nation’s civilian programs are more critical than ever,” Senator Hatch said.

In the past, military and government officials, such as former Secretary of Defense Robert Gates, have asked Congress to increase aid and development programs in the International Affairs budget. Since the world’s most dangerous countries are also some of the poorest, groups like the USGLC continue to help increase aid and stabilize regions that threaten U.S. national security.

In a world where instability can contribute to struggling economies and threats of terrorism, the efforts of U.S. leaders who support the USGLC can help solve global issues. The USGLC’s Utah Advisory Committee, backed by 55 leaders in the state, reminds that U.S. engagement with global issues can positively affect the U.S. economy and increase national security while saving lives.