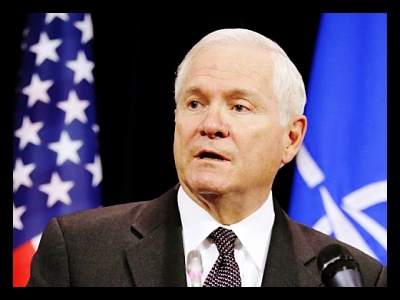 The U.S. Global Leadership Coalition (USGLC) is a diverse network of national security and foreign policy experts, business leaders, religious leaders, community leaders, and academics who recognize the importance of partnering diplomacy and development with defense to improve foreign relations, trade, and security. The USGLC argues that diplomacy and development are severely neglected in terms of funding and manpower, and they advocate for a strong foreign aid budget to benefit the U.S. and the world as a whole.
Defense and diplomacy can and should work together to strengthen the security of our nation. Foreign aid deters terrorism, encourages international markets, drives economic growth, relieves poverty, combats infectious diseases, provides educational opportunities, strengthens democratic institutions, and so much more. In fact, many high-ranking military officials are also proponents of a healthy International Affairs budget. The following statements exemplify how many USGLC military leaders support development and diplomacy in their defense objectives.
“The work performed by diplomatic and development professionals helps build the foundation for more stable, democratic and prosperous societies. These are places where the potential for conflict can be minimized, if not completely avoided, by State and USAID programs – thereby lowering the likely need for deployment of U.S. military assets.”
– Former Secretary of Defense Robert Gates, Letter to the Chairman of the Senate Budget Committee, April 21, 2010
“Robust resourcing for the State Department’s mission is one of the best investments for reducing the need for military forces to be employed. Together, our military leaders and our diplomats not only represent a symbol of America’s enduring commitment to the region, but they also build trust through partnerships that have an important stabilizing effect when trouble looms.”
– General James N. Mattis, Commander, U.S. Central Command, testimony before Senate Armed Services Committee, March 1, 2011
“The diplomatic and developmental capabilities of the United States have a direct bearing on our ability to shape threats and reduce the need for military action. It is my firm belief that diplomatic programs as part of a coordinated strategy will save money by reducing the likelihood of active military conflict involving U.S. forces.”
– Admiral Mike Mullen, former Chairman of the Joint Chiefs of Staff, Letter to Senate Majority Leader, May 21, 2010
“To truly end the threat from al-Qaeda, military force aimed at killing our enemy alone will never be enough. The United States must stay involved and invested through diplomacy, through development, through education, through trade in those regions of the world where violent extremism has flourished.”
– Secretary of Defense Leon Panetta, in a speech to the Center for a New American Security, November 20, 2012
“This is not just a military campaign. This is not a campaign where we take the hill, plant the flag, and come home to a victory parade. This is a civil-military comprehensive endeavor that requires building on what our troopers in uniform have achieved.”
– General David Petraeus, USA (Ret.), testimony before House Armed Services Committee, March 15, 2011
“Development and diplomacy keep us safer by addressing threats in the most dangerous corners of the world and by preventing conflicts before they occur. …We urge you to support a strong and effetive International Affairs Budget. Our nation’s security depends upon it.”
– 70 top military leaders, USGLC National Security Advisory Council’s Letter to Congress, March 30, 2011
These insightful statements have come straight from the mouths and pens of some of our nation’s greatest military leaders. Men and women who have dedicated their lives to defending our nation are able to recognize the vital role of diplomacy. And with the support of such highly qualified military experts, the USCLG continues to advocate for elevated diplomacy in the interest of a safer, stronger world.
– Dana Johnson