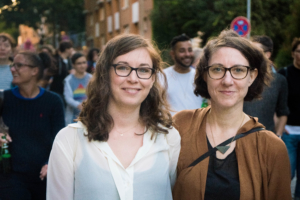 The United States Agency for International Development (USAID) recently celebrated its LGBT Global Development Partnership. USAID has become increasingly more active in its efforts to protect the rights of LGBT persons in developing countries ever since President Obama’s initial election in 2008.

LGBT rights and equality were important selling points in President Obama’s campaign and he, along with members of Congress, have made some progress toward LGBT equality around the world. USAID’s LGBT Global Development Partnership is an organization that combines USAID programs and NGOs around the developing world to protect the rights of LGBT persons.

This can be a daunting task in many countries, especially those in which homosexuality is a crime, sometimes punishable by death. Countries such as the Sudan and Nigeria both enforce the death penalty for homosexuality as a crime. Thankfully, USAID’s efforts continue to provide a bit more safety for LGBT persons around the developing world. Learn about State-sponsored homophobia around the world.