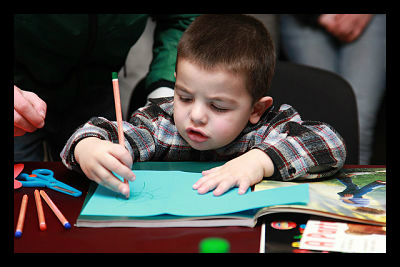 The government of Georgia has partnered with USAID to improve primary education. The program focuses on training teachers, assessing students and utilizing new technology in the classroom. In countries like Georgia, education is expected to sustain and advance development. Children are more likely to go on to higher education when they attend primary school.

According to USAID, the Georgia Primary Education Project, or G-PriEd, “has been implementing ambitious reforms to transform its education system from a teacher-centered model to a student-centered one that enables Georgian children to develop their full potential.”

“Years of crisis and civil war caused the impoverishment of a large section of the Georgian population,” according to the World Bank. Yet poverty levels have been declining in the past few years due to Georgia’s economic growth. G-PriEd will take the country a step further in fostering the economic development currently underway.

The project was first implemented in October of 2011 and will continue until 2016. The program’s potency rests in its ability to positively push primary school children toward higher education. Additionally, this initiative successfully encourages parents to be more involved in their child’s education. Setting the foundation for valuing education at a young age ensures the population will continue to place importance on education in later years as well. More educated children in Georgia will greatly contribute to the country’s future economic development and will help sustain the great gains already made.

“Twelve percent of people could be lifted out of poverty if all students in poor countries had basic reading skills,” according to the U.N. For this reason, education has been a great focus in the push to end world poverty. The U.N.’s Millennium Development Goals makes education the second priority among the eight goals. The $8.7 million G-PriEd project is one of many currently making a difference by improving the lives of those living in poverty.