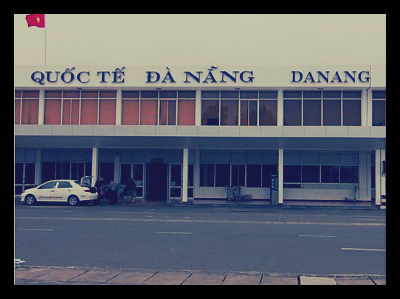 Earlier this week, the US Agency for International Development (USAID) announced that they will be initiating a program to detoxify Da Nang Airport of any remaining dioxin.

Da Nang Airport, located in the largest city in central Vietnam, has a long military history and was used as a US military air base for a period of years during the Vietnam War. Dioxin is a highly toxic substance that was used in Agent Orange – used by the US military as a defoliant during the war. Da Nang was a storage and handling facility for Agent Orange, and the airport was previously identified as one of three dioxin “hot spots” throughout Vietnam.

Locals who live near the airport were tested by the Hatfield Consultants Company in 2006, and the tests confirmed that 24 of the 62 residents tested positive for dioxin contamination. According to the World Health Organization (WHO), dioxin contamination has been linked to numerous types of cancers, impairment of the nervous system and reproductive system, and diabetes.  A local villager, whose husband succumbed to cancer in 2008, said, “On days when it floods dark, contaminated water from lakes on the airport’s ground flows into my land that is used for vegetable cultivation.” The plants then die, she continued, although the stems are still used for food.

USAID has been collaborating with the Vietnamese government and several other agencies for the detoxification project, which will run through 2016. The company TerraTherm will use the In-Pile Thermal Desorption process to rid approximately 73,000 cubic meters of airport soil of dioxin. This process uses the long-term heating of soil in above-ground structures to rid the soil of contaminants. The technique has been used successfully on various other decontamination projects.

With well over 1 million passengers annually passing through Da Nang Airport, USAID’s efforts to eradicate dioxin will be beneficial for the expansion of the airport and especially for the health of the local inhabitants.