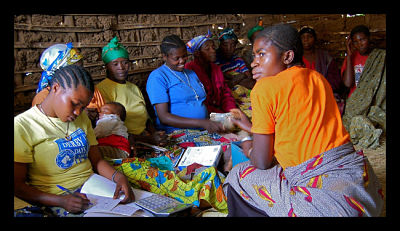 Last week, USAID made a sweeping announcement: it has a new overarching development strategy based on human rights and democracy standards. The agency, according to its report, will realign its development priorities to emphasize participatory governance, socio-economic freedom, and the dignity of all people.

The new strategy reflects a broader shift in the global development community away from “symptomatic” metrics, like poverty and mortality rates, toward “radical” metrics, like rights violations and political corruption. Often, lack of freedom and governing power are the most crucial factors that lock people into poverty. Many world leaders, from World Bank chief Jim Yong Kim to US president Barack Obama, have begun turning the world’s attention to these problems as some of the underlying causes of global destitution.

In an effort to address these problems at their deepest, USAID plans to reorganize its efforts around empowering the world’s most marginalized: women, the disabled, ethnic and religious minorities, LGBT, and indigenous populations. The informing theory is that, by extending social, economic, and political inclusion all the way down the social ladder, injustice can be corrected at its root and positive developmental impact will ramify all the way up.

Yet perhaps the most important piece of USAID’s new strategy is not its social strategy, but its political one. Freedom House, in its annual report, calls for a reaction against the decline of global freedom that has continued for almost the past decade. In the wake of the Arab Spring and the dangerous tumult in Egypt, a key ally in the Middle East, the entire machine of US foreign policy has shifted to target the rise of autocracy overseas. USAID is part of a joint-agency effort to combat that movement and advocate for democracy in politically restrictive countries.

USAID’s contribution to that effort, from a development standpoint, is essential. Their report suggests that future projects will capitalize on mobile usage and expanding information networks to democratize public policy. US-led global initiatives, like Make All Voices Count and the Open Government Partnership, are important components of those efforts.

Obama, speaking about changing US policy in Cairo in 2009, made the path forward clear:

“I do have an unyielding belief that all people yearn for certain things: the ability to speak your mind and have a say in how you are governed; confidence in the rule of law and the equal administration of justice; government that is transparent and doesn’t steal from the people; the freedom to live as you choose. These are not just American ideas, they are human rights. And that is why we will support them everywhere.”