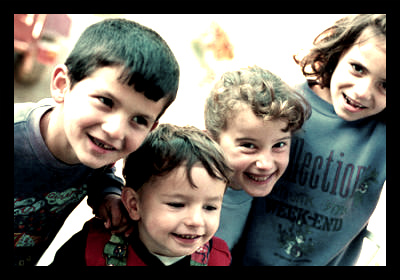 In the years following the Bosnian War, Kosovo has struggled to get back on her feet economically.  A problem of particular severity is the state of early education in the country.  With more than 35% of the population under the age of 18, the education of children is vital to the fostering of a stable social and political future in Kosovo, but the public school system is structured in a way that makes it difficult for every child to reap the benefits of an education.

Unlike the K-12 model of the United States, public education in Kosovo is not provided, or mandatory, until age six when a child enters Primary school.  Prior to this, application to attend public preschool and kindergarten programs is something more akin to the American charter school system, in which admission is competitive.  This has a very real impact on the integration of Kosovar children into society.

According to a USAID article on the subject, “students who have received even some pre-primary education are better behaved, socialized, and engaged than their peers.”  With only 10% of children ages 3-5 attending public preschool in Kosovo, the social costs could be potent.  Similarly, 70% of Kosovar children ages 5-6 go to kindergarten, but that still puts 30%, three out of every ten children, at a social and academic disadvantage.

So what is the answer? The education system in Kosovo makes pre-primary education essentially inaccessible to a large portion of 3 to 6-year-olds.  Valbona Thaqi, an Albanian school teacher working in the country saw the problem and offered an answer of her own:  “Brillant”, a private nursery school and Kindergarten that she founded in 2010.

Over the last three years, Brilliant has grown from a small enterprise with only six students, to a substantial private institution servicing 60.  Thaqi identified an opportunity in the Young Entrepreneurs Program offered through USAID and was able to make her idea into a reality.  The Young Entrepreneurs Program supports owners of private pre-primary schools in Kosovo in an attempt to “fill the gap” that Kosovo’s public education system has neglected.

The YEP also provides financial support in the form of matching grants and financing options to entrepreneurs from outside the education field in Kosovo between the ages of 18 and 35.  In addition, the program offers practical business training free of charge to visionaries like Thaqi.  In 2013, Thaqi was able to replace the wood-burning stoves in her school with a central heating system, installed and paid for by USAID.  “Thanks to USAID I am sure I could easily add another 100 children,” stated Thaqi in a May 2013 interview, “The only real competition is the child’s grandparents.”