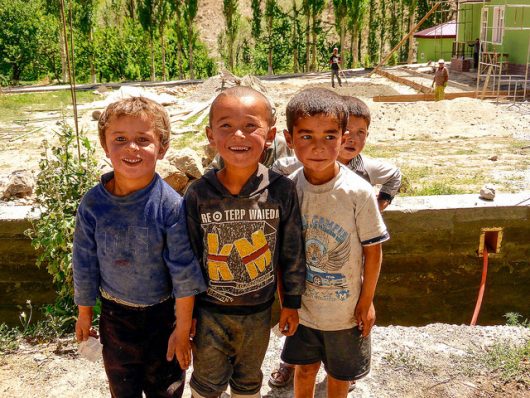 Tajikistan is a small, little-known country in Central Asia. In comparison to the behemoth of the U.S., Tajikistan seems irrelevant. However, the country’s location — nestled between Afghanistan, China and Uzbekistan —  makes it a crucial player in maintaining stability in that region. This role can work to benefit the U.S. and the world as a whole.

How the U.S. Benefits From Foreign Aid to Tajikistan

Most American citizens know about the United States’ involvement in aid to Afghanistan, but little know the role Tajikistan plays in return. The U.S. benefits from foreign aid to Tajikistan through initiatives like the Cross-Border Transport Accord (CBTA), which are part of a U.S.-supported project coined the ‘New Silk Road.’ The CBTA promotes trade relationships between Tajikistan, Afghanistan and Kyrgyzstan in order to create more prosperous economies.

The U.S. has also provided $15 million to the region to support another project called the CASA-1000 electricity grid. This project would allow Tajikistan and Kyrgyzstan to transfer hydropower electricity to Pakistan and Afghanistan. The U.S. provides this money to promote a healthy Central Asian economy that would, in turn, lead to more political stability in the region.

The New Silk Road initiative includes plans to construct roads, railways, electric grids and pipelines between resource-rich countries in the Central Asia region. The project would promote the flow of these resources between countries, creating a more prosperous situation for all involved.

Tajikistan and other countries in the region have a history of withholding resources from one another in order to advance their political interests. Programs that would allow a mutually-beneficial flow of resources between countries could dampen political rivalries and mitigate conflict.

The U.S. benefits from foreign aid to Tajikistan because it is an investment in future peace. A sharing program of resources has the potential to significantly decrease conflict in the region. Such an impact would prevent the need for a possible military intervention by the U.S. in the future.

Along with an increased flow of resources to Tajikistan would come more jobs, better education and healthcare systems. An electricity grid would provide electricity to thousands of homes. The CASA-1000 plan began construction in 2016 and is expected to be completed by the end of 2018.

Not only does the U.S. benefit from foreign aid to Tajikistan, the people of Tajikistan along with the people in surrounding countries prosper from the relationship as well. Projects like electricity grids have provided energy to remote regions in countries like Afghanistan that would not have had it otherwise.

Since 2006, the U.S. has provided $155 million in aid to Tajikistan that has gone to infrastructure and training. The U.S. has also been instrumental in the New Silk Road project.

The United States’ foreign aid relationship with Tajikistan is emblematic of the ripple effect foreign aid can have. Providing Tajikistan with financial support bolsters the entire Central Asia region by promoting political stability and alleviating poverty through a boosted economy.