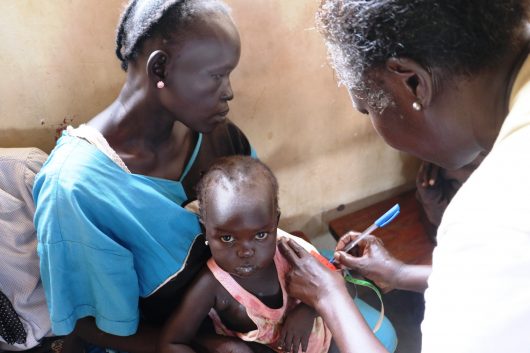 On August 19, the U.S. committed to providing 35 million dollars in aid to Ethiopia after their devastating drought and recent floods. The announcement came from United States Agency for International Development (USAID) Ethiopia Mission Director, Leslie Reed, on World Humanitarian Day. Aid will go toward immediate humanitarian emergencies to help Ethiopia adapt to the threat of climate change and supporting the country’s developmental progress.

In 2015, Ethiopia was hit by the worst drought in decades. More than 10 million people were estimated to need humanitarian assistance, according to OXFAM. The severity of the drought was aggravated by El Niño, which periodically warms the Pacific region and affects climate patterns all over the world. The World Meteorological Organization reported that the current El Niño is one of the strongest recorded.

Due to the effects of La Niña, flash flooding has caused further damage in Ethiopia. According to Ethiopia Drought Response Situation Report No. 3., there have been an increased number of cases of waterborne diseases due to poor sanitation and hygiene. The number of people displaced has reached 631,508, according to the report. While a portion of this number is due to conflict, 47 percent were displaced from March to June solely due to the floods.

On August 12, the Ethiopian government asked for $612 million for immediate food aid through December of 2016. Since October 2014, the U.S. has contributed 774 million dollars in aid to Ethiopia. The funds have provided clean drinking water, food for nutrition, malnutrition treatment and health services.

USAID Disaster Assistance Response Team (DART) was sent to Ethiopia in March 2016 and has been working with the Ethiopian government to provide technical assistance, administer humanitarian assessments and bring aid to Ethiopia. DART provided four million dollars worth of drought resilient seeds for 226,000 families to grow food.

In order to withstand this ongoing emergency, Ethiopia will need support from the international community. Although El Niña rainfall is predicted to last through until December, the country will need support in adapting to the harsh effects of climate change in the future.