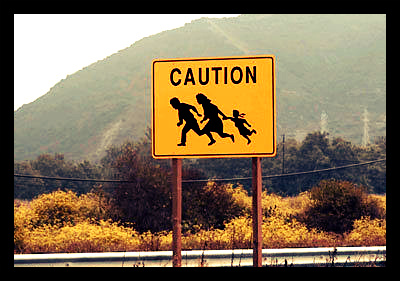 The main conclusion of this unprecedented report is that while migration may lead to personal economic gains, it does not necessarily lead to mental, emotional and physical well-being.

Surprisingly, South-North immigrants comprise less than half of all international migrants, representing only 40% of the total 232 million in the world.

Meanwhile, more than half of the top 20 migration corridors are accounted for by people migrating from South to South, which represent 33% of all international migrants.

“Most international migrants originate in developing countries but in recent years they have been settling in almost equal number in developed and developing regions,” said John Wilmoth of the UN Department of Economic and Social Affairs (UN-DESA).

The most traveled South-South pathways are from Ukraine to the Russian Federation; Bangladesh to Bhutan; Kazakhstan to the Russian Federation; and Afghanistan to Pakistan. The next most popular migration pathway is from North to North. According to the report, 22% of all international migrants travel from one developed country to another. The most notable corridors are from Germany to the U.S.; from the UK to Australia; and from Canada, Korea, and the UK to the U.S.

Compared to other regions of destination, Asia saw the largest increase of international migrants since 2000, adding some 20 million migrants in 13 years. Migrants’ well-being, however, differs in each of these four different pathways. In North-North pathways, for example, migrants experienced overwhelmingly positive outcomes in all the dimensions of well-being, including financial, relational, physical, emotional, and career-related aspects.

The same cannot be said for South-North migrants, who often responded that they had made gains in their economic situations, but at the cost of their emotional well-being and personal status. South-south migrants perhaps had the least to gain, with little economic progress to show and finding themselves in a similar situation or worse than if they had not migrated.

Those who migrated from North to South – only 5% of the total immigrant population – had differing experiences, depending on their motivations for relocating. These range from looking for business opportunities in expanding markets to seeking retirement.

The authors of the report hope to lead the way in redefining the Post-2015 Millennium Goals, which in their view should not focus solely on economic growth and poverty reduction in poor countries, but on human-centered development and progress measured as well-being.