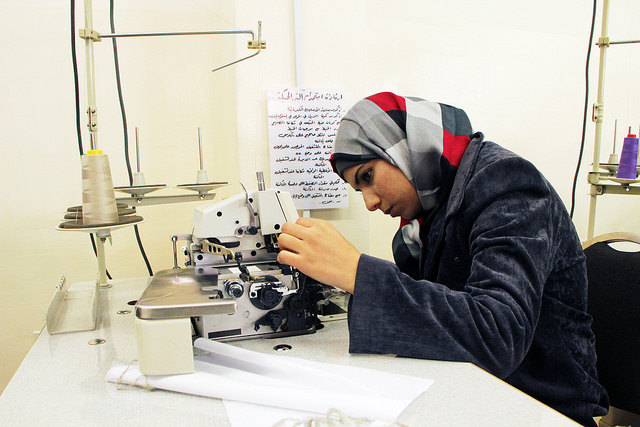 The goals range from clean water and sanitation, to increasing infrastructure and industrial development in cities. These new sustainable development goals are a legacy built from the UNDP Millenium Goals Program (MDGs) and strive to continue to the success of the older program.

The Millennium Goal program took place from 2000 to 2015 and its key achievements claimed by the UNDP are:

While the UNDP claims that the United Nations Millennium Development Goals strategy is the most successful sustainable development project in history, the organization did state that there were lessons to be learned and more work to be done for future global endeavors. While many of the MDGs were interconnected, similarly to the SDGs, the MDG’s Goal 2 was to achieve universal primary education.

Goal 2 was largely successful. The literacy rate of people ages 15 to 24 was increased from 83 percent to 91 percent from 1990 to 2000 but the gaps between wealthy students and impoverished students and urban students and rural students still remain.

A Focus on Education

Many of these targets make sure that not just boys and men receive help in their education process, but that girls and women do as well. For example, targets one and two specifically state boys and girls in regard to education in their wordings. Target one aims to provide better education and preparedness so that both girls and boys are able to complete free primary and secondary education.

Target two aims to provide early education so that children will have a better chance of completing their primary education. The third target aims to ensure the continuing education of men and women, and hopes to ease their access to tertiary education, such as technical schools, vocational schools and college.

When searching for statistics about the accomplishments of Goal 4 thus far, it is difficult to see the impact. But it is important to remember that this program is a mere two years old.

Worldwide education statistics will still look similar to the end of the MDG program. However, one can see the seedlings that will sprout in the future and benefit individuals and society as a direct result of Goal 4. In fact, this fruition has already begun — India made Goal 4 part of their country’s “Vision 2030,” or the domestic plan for their future.

Strides in Educational Programs and Infrastructure

On September 1, 2016, or National Teachers day, a coalition program was launched by the government of India, private companies and the U.N. in which students will learn about the 17 Goals through cartoons and comics. These cartoons will be produced in six different languages and be shown in school and distributed around the country.

In 2015, Buenos Aires, Argentina founded a multilingual school, and despite common misconception, the school is not a Spanish to English school as many think. The school is actually a cooperation between Buenos Aires and Beijing that offers classes in the native languages of both countries — Spanish and Guarani for Argentina, and Mandarin and Cantonese for China. This initiative fits into both Goal 4 and Goal 17 of global integration.

Global Goals and Steps for Change

These are not the only initiatives related to Goal 4 implemented by countries looking to improve life for their citizens — SDG funding in Columbia is being used to improve rural education; funding in Mozambique is increasing access to professional training; and in Sri Lanka, food quality at schools is being improved.

With the U.N. groundwork, and cooperation and initiative taken by countries on Goal 4, it is easy to see how it will improve education around the world.