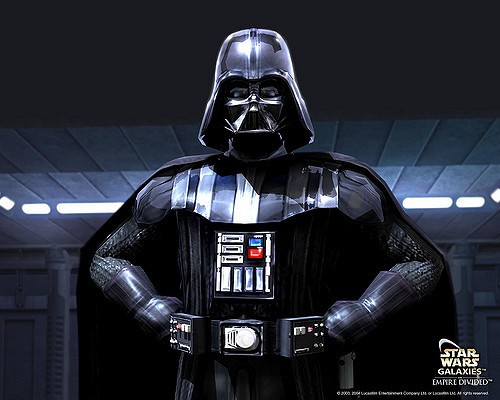 Ever wonder what it would feel like to be a Wookie? Or how about a Jedi Apprentice with a knack for pod-racing? Well thanks to Disney, Lucasfilm and Bad Robot productions, fans can turn their dreams into a reality by supporting the Star Wars: Force for Change campaign, a movement dedicated to finding innovative solutions for some of the world’s biggest challenges.

“We’re thrilled to offer a chance to come behind the scenes as our VIP guests and be in Star Wars: Episode VII. We’re even more excited that by participating in this campaign, Star Wars fans will be helping children around the world through our collaboration with UNICEF Innovation Labs and projects,” said director J.J. Abrams in a recently released YouTube video.

In coordination with the United Nations Children’s Fund (UNICEF) Innovation Labs, the Star Wars: Force for Change campaign will give fans the opportunity to appear in the new movie by contributing $10 through the Omaze fundraising platform. All funding will go toward aiding impoverished children living in places such as China, Uganda, South Sudan and Zambia.

“UNICEF works in over 190 countries and territories to help the world’s most vulnerable children and young people identify solutions and create change,” said Christopher Fabian, UNICEF Senior Adviser on Innovation and co-Lead of the Innovation Unit.

Contributions from the Force for Change campaign are already being funneled into sustainability projects across the globe, most recently in China, where solar-powered learning kits were recently distributed to underprivileged children who lacked access to basic education.

“We work together with the greatest technologists and designers of our time to create open-source solutions that help millions of people. The support from Star Wars: Force for Change will help to bind these innovators together on a mission to solve the world’s most pressing problems, and create a better future,” said Fabian.

Other technology-related projects that are being explored include solar-powered computer kiosks, mobile tracking applications and text messaging solutions which set out to notify families of medical results. While such news is encouraging, many will remain in the dark as most of the world’s poorest regions lack access to basic technology. It is estimated that nearly 60 percent of the globe’s population—around 4.2 billion people—lack access to the Internet, a statistic that Star Wars: Force for Change hopes to decrease.

“We wanted to honor and carry on that positive spirit as we start production on Episode VII and use Star Wars to make a difference in the world. Star Wars: Force for Change will help us do that, letting us give back to the fans who keep Star Wars alive, and raising much-needed funds for programs,” said Kathleen Kennedy, president of Lucasfilm productions.

As UNICEF works toward creating innovative solutions for some of the world’s most troubling challenges, fans and supporters alike can show their support by making donations through Omaze through the end of May until July 18. While a $10 donation gives you the chance of winning a role in the Star Wars movie, there are a number of different giveaways and reward levels you can reach by increasing your donation amount.