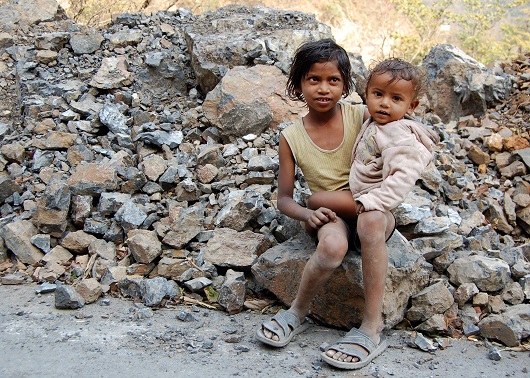 In light of Universal Children’s Day on Nov. 20, UNICEF launched its #FightUnfair Twitter campaign to promote children’s right to a safe, educated and healthy life.

“Children make up almost half of the world’s poor, nearly 250 million children live in conflict-torn countries and over 200,000 have risked their lives this year seeking refuge in Europe,” said Anthony Lake, UNICEF Executive Director.

The details of life for poor children remain obscure to many and UNICEF has designed a quick and simple way to share child poverty facts. Supporters of the #FightUnfair campaign can click on the Facebook or the Twitter button below the fact they wish to share. In less than ten seconds, the information is available for the world to see.

Celebrities such as Orlando Bloom, Shakira, Ricky Martin and Liam Neeson have joined the campaign, each promoting a different child poverty fact.

“Behind every single number is a child, a boy or a girl much like mine or yours, or our nieces or nephews, or the kids we ourselves once were, who carry exactly the same need–and right–to feel loved, protected and respected,” Ricky Martin told Huffington Post.

Martin has been a UNICEF Goodwill Ambassador and avid opposer of child trafficking since 2003.

In addition to the Twitter campaign, UNICEF revealed how to have an informed and persuasive discussion about child rights. Tips include knowing the difference between equality and equity, researching key facts, referencing real stories of real children and refraining from creating an “us” and “them” barrier.

Addressing the needs of children will foster future generations of educated citizens who can break the cycles of poverty.