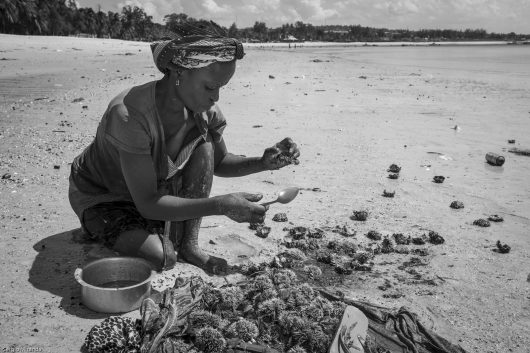 Along the Indian Ocean lies a southeastern African country called Mozambique. At nearly 800,000 square kilometers, the country is almost twice the size of California. With this size comes great diversities of habitat and life. Many of the country’s 5,500 plant, 220 mammal and 690 bird species live nowhere else in the world.

Yet despite its richness in resources and biodiversity, Mozambique is one of the poorest countries in the world. Of the over 25 million people who reside in Mozambique, nearly 60 percent make less than $1.25 per day. The country also faces education challenges, with an adult literacy rate of just over 50 percent.

Unfortunately, one of Mozambique’s worst problems is the prevalence of HIV. Within the country’s borders, nearly 1.5 million people are estimated to live with HIV. Over 100,000 of those affected are believed to be under the age of 15.

These staggering numbers are largely the result of misinformation, gray areas and health myths about proper medical treatment and disease prevention. Clearly, the health myths in Mozambique need to be addressed with public health education. In that interest, many organizations have implemented innovative medical and education programs.

In October 2015, UNICEF launched a text-messaging-based program called SMS BIZ to confront health myths in Mozambique. This program was created to provide people aged 10 to 24 with reproductive health counseling services.

By allowing young adults to ask questions, talk about what is happening in their communities and gain critical information, SMS BIZ hopes to create educated communities armed with facts that allow them to reduce the occurrence of HIV in Mozambique.

By offering weekly discussion questions, SMS BIZ can assess the effectiveness of health services in specific communities. When subscribers answer a discussion question, SMS BIZ collects data regarding their gender, age and area. If surveys reveal that a community lacks knowledge about a specific reproductive health or HIV prevention issue, UNICEF can target the community and help bridge the knowledge gap with constructive feedback.

Services such as SMS BIZ by UNICEF are critical in dispelling health myths in Mozambique. Unwanted pregnancies and HIV contraction often occur when people lack education about reproductive health. Fortunately, over 41,000 people in Mozambique are subscribed to SMS BIZ, and more are joining every day.

Why are Athletic Tracks in China Making Children Sick? 10 Important and Interesting Facts About Burundian Refugees
Scroll to top