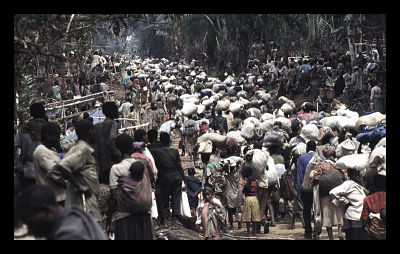 Tens of thousands of Rwandans await news on their status as refugee. The June 30th deadline for the discontinuation of refugee status has passed and the future seems uncertain for those who have yet to return to their home country. Fear still lingers with many Rwandans in the aftermath of the 1994 civil war and genocide that shook the country.

UNHCR has now recommended that countries housing Rwandan refugees invoke the “ceased circumstances” clause of the 1951 Refugee Convention. This clause ensures the return of refugees to their home countries when they are no longer persecuted. Because Rwanda has existed peacefully since the end of the 1994 genocide, they seem an ideal candidate for refugee return. Stability has returned and the justice system has worked hard to punish those responsible for genocide crimes and to reintegrate and reestablish healthy communities.

Refugees, however, have their own perceptions of their safety within Rwanda’s borders. Many refugees still fear persecution from the government and believe while situations have improved, there is still reason for hesitation. Many Rwandan civilians are still actively seeking asylum despite the reported safety of the country, thus questioning why UNHCR would invoke the ensured return clause. Many Rwandans are undoubtedly battling the  physical and psychological injuries sustained during Rwanda’s brutal genocide.

To date, only four African countries have followed the UNHCR’s recommendation to invoke cessation including Malawi, the Republic of Congo, Zambia and Zimbabwe. This proclamation by UNHCR has been subject to widespread criticism by many who claim that it holds Rwandans hostage to their fear, pushing them home when they still do not feel safe. Some Rwandans fear that if they return, the country will be less stable, safe and free from persecution than UNHCR would like them to believe.

The Rwandan government has issued statements claiming they are prepared to receive the refugees back home. They claim to have developed a plan to successfully repatriate and reintegrate citizens. Government officials insist that the conditions of 1994, which forced Rwandans to flee, no longer exist. The country has undergone a vast reconstruction, which has included improvements to transit centers, education and health facilities. They have worked hard to help reintegrate citizens into society. Now the task at hand is to make Rwandan refugees feel safe in their homes once again.

How to Defeat Malaria with MosquitosWhat is Rotary International?
Scroll to top