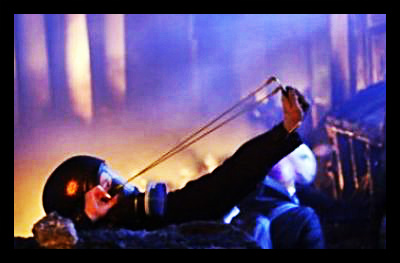 Protestors have long since expressed discontent with President Viktor Yanukovych’s regime since economically tying Ukraine to Russia in lieu of the European Union.

Closer ties to the European Union would have boosted the Ukrainian economy as well as being welcomed into the E.U. fold. On the other hand, Russia threatened economic sanctions and a rise in oil prices. In the end, Yanukovych chose the former head of the Soviet state. As a result, Ukranians took to the streets in protest. For the past three months, protesters and Kiev police forces have clashed in the streets of Independence Square.

The narrative turned ever darker once Yanukovych passed the anti-protest law, barring demonstrations unless a permit is obtained from local police.

The law was eventually repealed, but the damage was done. Discontent spiraled further when opposing forces attempted to draw power from the presidency towards the parliament.

The opposition forces, among them led by the Ukranian Democratic Alliance for Reforms party, then wanted tangible reforms that would come in the form of constitutional amendments. Yanukovych, with pressure mounting on his presidency, offered opposition leader Arseniy Yatsenyuk the post of prime minister as well as the power to dismiss the parliament.

These concessions, however, proved futile. Violence erupted on February 18, with 28 individual deaths as a result. A truce soon followed, but brutality reignited on two days later; that day’s conflicts yielded at least 100 deaths.

An emergency triage focalized at the Hotel Ukraine where numerous wounded were taken. The Ukranian military has yet to take action, but tensions are high. Foreign leaders have reacted by proposing sanctions. The E.U. has proposed freezing the assets of key Ukranians, around 20 involved.

Since the onset of the drama, Ukraine has been at the crossroads of Western powers and the eastern dominating Russia. The following steps rests on Yanukovych, but it appears the president is even losing influence in parliament.

Yanukovych’s party, Party of Regions, even sided with those voting against the president in a recent ruling for anti-terrorist measures. Regardless of the outcome, human lives have been split. Whether more violence is to come remains to be seen.

Advocacy Training: Are You Prepared?Dire Situation in Central African Republic
Scroll to top