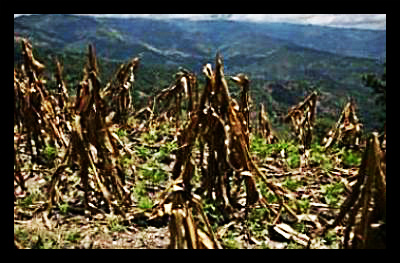 In case there were any doubts that climate change is real and in full swing, the new UN Intergovernmental Panel on Climate Change (IPCC) report, released on Monday in Yokohama, Japan, provides sobering confirmation of the sweeping consequences brought on by the climate crisis. Even more disconcerting is the report’s assertion that the risks of the planet’s changing climate will affect every corner of the globe, and as one of the leading authors, Professor Neil Adger, states, “no place in the world is immune.” The report emphasizes global impacts of a warming climate that extend far beyond rising seas levels and ecological disasters.

What makes this report stand out from previous IPCC global warming assessments is the all-encompassing nature of the issues described, and the urgency with which society must address these threats. After years of research and work from nearly 2,000 international experts, 436 authors and 309 editors, the IPCC report is a groundbreaking piece of literature that should act as the final wake-up call. The domino effect of environmental, social, political and economic problems associated with increasing global temperatures makes climate change a top priority for governments around the world.

The report breaks down five major areas that are most vulnerable to climate change:

Experts estimate that warming temperatures could reduce crop yields by 8 to 15 percent, and that higher CO2 concentrations will reduce the quality and subsequently the nutritional value of many cereals. While the poor certainly get hit hardest, the developed world is not immune to food security issues.

The agricultural sector contributes some of the worst greenhouse gases, including nitrous oxide from fields and methane from livestock. Unless the U.S. and other developed nations reduce their emissions by seriously cutting back meat and dairy consumption, green house gases are projected to double by 2070.

An article featured in the Economist this week, entitled ‘Apocalyptish,’ refers to the shocking realities that the IPCC report reveals. The article calls attention to how “the new assessment for the first time looks at climate change not just as a problem in its own right but as something that is merely part of an even bigger context.” Though the new report features more conservative estimates and predictions about future impacts as compared to past assessments, the IPCC stresses that the multiplying effect of climate change makes imminent uncertainties and vulnerabilities that much more troubling.

While the report may leave readers despondent, the IPCC believes that we still have a chance to mitigate even worse climate change conditions through global cooperation, adaptation and concrete action. The complex, multifaceted threats posed by climate change require equally dynamic and robust solutions. Now, more than ever, the success of future climate change mitigation rests on cohesive international efforts and multilateral agreements amongst all sectors of society.