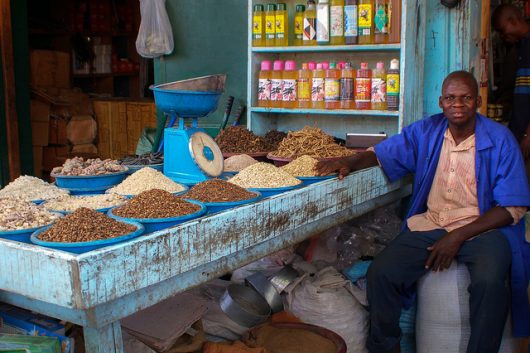 Raising awareness of human rights is one of the key missions of the United Nations (U.N.), founded in 1945. Part of the mission’s responsibilities is to promote peace in conflict-stricken areas such as the African continent. The U.N. peacekeeping mission plays a crucial role with 14 active operations worldwide, and its 70th anniversary in May 2018 was a just cause for celebration due to its impressively impactful efforts.

One relevant fact about the U.N. peacekeeping mission is that it does not interfere with a country’s authority during a conflict; rather, it works as a peace-promoting partner.

U.N. peacekeepers are members of the local military force who can be distinguished by the use of a blue U.N. helmet or beret, and a badge. These workers also have the role of aiding post-conflict areas with extra support so as to rebuild a safe community.

The U.N. peacekeeping mission in Côte d’Ivoire, located in West Africa, is one such example of success. When a second civil war broke out right after the election of President Alassane Ouattara, 2011 became an increasingly intense year for the already-weakened country.

The former president, Laurent Gbagbo, refused to let the newly-elected President Ouattara take office. As a result, numerous conflicts between their supporters caused the exodus of about 200,000 people to Libya. The death of 400 people marked the three-month period after the 2010 election.

The early days of the U.N. peacekeeping mission consisted of ensuring the implementation of a cease-fire agreement after the 2002-2003 conflicts between the religiously-divided northern and southern regions.

The conflicts kept increasing after the first civil war in 2002, but so did the U.N. peacekeepers — their ranks eventually totaled 11,792 in 2011 in Côte d’Ivoire.

Due to such consistent efforts, the refugees that fled the region during the long civil war period could finally return and have the chance to live a stable life again. The mission was successfully closed on June 30, 2017, and Côte d’Ivoire now has a promising future as one of the fastest growing economies in Africa.

South Sudan became independent from Sudan in 2011, but its citizens have struggled with the effects of never-ending conflicts among President Salva Kiir, and his former Vice President Riek Machar.

Tension escalated between the two parties, leading to the formation of a rebel group lead by ex-Vice President Marchar. Ethnic disputes from the Dinka and Nuer groups marked a series of manifestations of violence such as village pillages and the murder of 50,000 people since 2013.

The U.N. peacekeeping mission has 16,987 members serving in the area while South Sudan has 2 million refugees. The troops have the responsibility to provide a safe environment for the 210,000 displaced citizens who temporarily live in the Protection of Civilian (POC) sites located in the country.

Peacekeepers face numerous challenges, one of which being that they were implemented for aid on a short-term level, but as the conflicts continue to grow the sites have become a long-term refuge to the citizens. In fact, $50 million has been allocated to the implementation of POC units as of 2014.

Another problem for the peacekeepers is the violence that sometimes erupts inside their own camps. In 2016, tension between the ethnic groups Dinka and Shilluk caused the damage of a POC unit located in Malakal. Unfortunately, 1,521 shelters were burned, along with clinics and medical schools.

Women serving in U.N. peacekeeping missions have the important role of bridging relations with groups that can not be easily reached due to national cultural norms.

Female victims of violence have a higher probability of reporting cases to women holding peacekeeping positions. A teenage rape victim in Monrovia, Liberia, opens up: “I can be scared to talk to a man; a woman is better. She is like an auntie or mother.”

The recently closed U.N. peacekeeping mission in Liberia is an example of how women can empower each other through service — 125 female officers from India positively influenced and helped foster success for Liberian women between 2007 and 2016.

Their work was so remarkable, in fact, that the country had an increase in the number of women interested in serving as police officers. This new group of officers will continue to ensure that other females can have a voice if future conflicts emerge.

Women also hold a crucial function in maintaining stability in war-torn areas. Armed robberies went down to 65 percent in Monrovia because of the presence of Indian female officers patrolling the city on foot.

Gerard J. DeGroot, a professor from the University of Saint Andrews who studied cases of women in the armed forces, stated: “Any conflict where you have an all-male army, it’s like a holiday from reality. If you inject women into that situation, they do have a civilizing effect.”

World leaders can strongly benefit from seeking partnerships with the United Nations peacekeeping missions. Despite the challenges some of these missions faced, the efforts have provided well-structured plans overall to post-war countries.

The restoration of peace in many communities could have taken much longer without the U.N. peacekeepers’ help. The years of service the peacekeepers have dedicated to the world is an example that selfless acts produce the best results when it comes to crisis response.