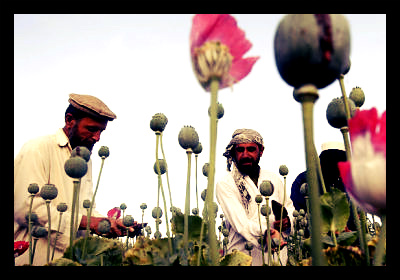 The year 2014 will be one of major change for Afghanistan, beginning with an economic transition that is expected to be both difficult and painful. The departure of foreign troops by the end of December, as well as a predicted drop in international assistance, marks a turning point for the country.

Afghanistan remains one of the world’s poorest countries, even after 12 years of relative success in a number of sectors including health and education. As the ‘war economy’ ends, the United States hopes to buffer the economic impact that will result from the pull-out of contractors and service providers that have supported military operations within the country since 2001.

The U.S. Agency for International Development recently announced three new United Nations initiatives worth almost $300 million that are aimed at insuring that Afghanistan does not fall deeper into poverty.

The U.N. initiatives include:

This package of aid initiatives is not the only assistance being offered to the country.

A humanitarian appeal from the UN Office for the Coordination of Humanitarian Affairs, known as The Strategic Response Plan, claims the number of people in need of access to health services has increased from 3.3 million to 5.4 million. The plan is asking for $406 million to alleviate what they believe is a worsening humanitarian situation.

Although almost $90 billion of aid has been pledged to Afghanistan since the 2001 invasion, the country is still in a dire situation. North American Treaty Organization-led international forces are currently debating whether they should remain in Afghanistan, as it is known to be one of the most dangerous countries for aid workers. Last year alone, 80 aid workers were victims of attacks, kidnappings or killings according to the Aid Worker Security Database, which is the largest number of incidents any country has seen in a single year.

Many are frustrated with the Afghan government and the dangerous and unstable conditions that are wracking the nation. Uncertainty is growing among those who are reluctant to continue providing generous aid to the country; it is unknown how much outside help it can expect within the coming years.

Hopefully, these UN initiatives will be enough to push Afghanistan in the right direction after years of war that has ravaged the country.