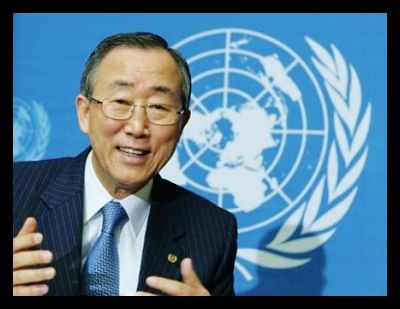 UN Secretary-General Ban Ki-moon and World Bank Group President Jim Yong Kim have concluded a historic 3-day trip to the Great Lakes Region of Africa. While there, the leaders promoted peace, security and economic development in the countries of Uganda, the Democratic Republic of Congo (DRC), and Rwanda. These leaders pledged that their organizations would help and encourage these countries to achieve stability and economic development. These talks came after a historic agreement was reached in the DRC that ended the conflict in the region that had been going on for decades.

President Kim praised the three countries on their leadership emphasizing the opportunity for the leaders of the Great Lakes region to utilize the UN’s and World Bank’s commitment to ending poverty and building prosperity. President Kim further showed the World Bank Group’s commitment on their first stop in DRC pledging $1 billion to further improve health, education, nutrition, job training and other essential services in the DRC and Great Lakes region.

In Rwanda, the leaders visited the memorial of the 800,000 killed in the Rwandan genocide of 1994. While in Rwanda, they also laid the foundation stone for a new center to help women and girls victimized by violence. In Uganda, President Yoweri Museveni welcomed and thanked the leaders for their help in securing peace in Uganda. In the past 5 years, Uganda has seen immense growth and a 14% drop in the poverty rate.

This visit shows a new cooperation between the UN and the World Bank Group as well as a new support for African leaders from the international community. President Kim and Secretary-General Ban are hopeful for the future of this region.

President Kim summed up their hopes saying, “We hope that Africa’s Great Lakes become a global symbol for what is possible when countries work together to lift themselves out of conflict and succeed in boosting economic growth and shared prosperity.”