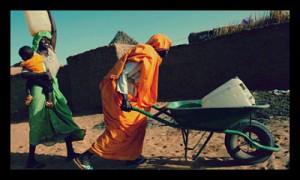 The United Kingdom has decided to invest in the future of Darfur by giving at least £33 million to the struggling region. A land where 2 million people are still displaced since its civil war started in 2003, Darfur is in desperate need of assistance in rebuilding its economy, communities, and agriculture system. The UK hopes to provide the resources for its impoverished people to become self-sufficient.

The program is aimed at increasing Darfur’s crop yields through training and education classes. With the foreign aid money, farmers will be able to create seed banks and employ better irrigation techniques. The UK is also focusing on improved health and sanitation systems. Lynne Featherstone, UK’s International development minister, is confident that the aid will give 1.7 million people clean water and sanitation and 1.5 million people emergency food supplies. Currently half of Darfur is reliant on emergency food services. Featherstone is confident that improving these aspects of peoples’ lives will lead to a more thriving society.

UK’s foreign aid is said to ensure that half a million people in Darfur will become “food secure” by 2015. This will be a huge accomplishment for a country that has been war-torn for over a decade. Unfortunately, one and a half million people currently do not have food security, so there is a lot more work to done. As more countries are cutting back on foreign aid, it is encouraging to see the UK increase aid money to Darfur. The impact this money will have on its poor population is staggering and could mean the difference between life and death for thousands, if not millions of people.