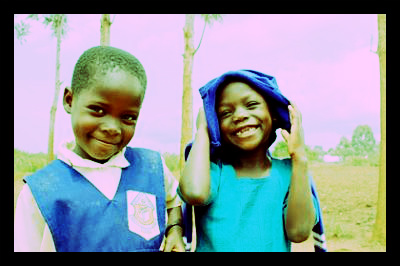 It is not hard to imagine the difficulties an orphaned child faces in the United States. Clearly, the foster care system is in need of restructuring and the emotional trauma of losing one or both parents is long-term.

Take the situation several steps further, however, and envision that same child in a country of turmoil—one in which over 7 percent of the population is infected with HIV/AIDS and in which the streets have run red with war for the last quarter century. Such are the leviathan obstacles orphans face in Uganda. With an average life expectancy of 54 years, it is not uncommon for untimely deaths to tear families apart and to render children parentless.

Kenny is just one among the 2.5 million orphans in Uganda. At the tender age of 16, he lost both his mother and father within the span of a single month. Although he did not mind looking after his remaining family—two younger brothers—Kenny could not help but feel he had been robbed of his greatest dreams and aspirations. He found all of his time virtually consumed by adult responsibilities and was unable to pay the high tuition fees local schools demanded, until he discovered a little-known nonprofit—the UgandaProject.

Political instability and endemic poverty have rendered the Ugandan government unable to provide a free public education—a concept people of the developed world often take for granted. Shockingly, less than one-third of Ugandan children make it to the last year of primary school. UgandaProject works to address this issue by covering tuition and housing fees for orphans and providing mentoring and basic provisions.

For nearly a decade, the organization has relied upon grassroots support to sponsor those in need. Kenny, now in his twenties, is attending his second year of medical school at the International Hospital Kampala in Namuwongo. He is thankful to have been given a second chance by the UgandaProject, and hopes to spread the compassion by becoming a physician for the poor.

To further his and the rest of its beneficiaries’ educations, UgandaProject must raise $25,000 per semester. While detractors may claim that funds would be better allocated to greater schemes that work on systemic changes, the public has made its support of the nonprofit evident, helping UgandaProject crack the top 10 organizations on Crowdrise—a crowdsourcing website on which everyday people can donate to a plethora of charitable organizations.

The founders of UgandaProject believe in visibly changing lives one at a time, resurrecting young people from the ashes of lost hope and helping them gain a new lease on life. Every child or adolescent they send to school makes a small ripple in the pond. With education comes the opportunity for upward social mobility, and the chance make poverty a bad dream of the past. Kenny certainly is not looking back.