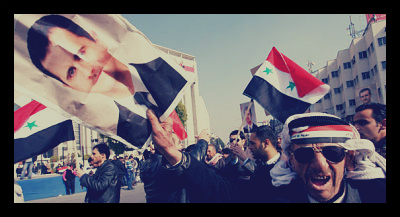 Secretary of State John Kerry announced earlier this week during his first overseas trip that the U.S. will provide $60 million in aid to Syrian opposition forces. Kerry said that the aid will focus on food and medical supplies, in what he termed “non-lethal assistance.”

Syrian rebels, who have been fighting against President Bashar al-Assad’s regime for nearly two years, had not received any aid from the U.S. up until Kerry’s pledge this week. Kerry asserted that the aid will help Syrian opposition forces end the long fight to oust al-Assad and will help secure the region and avoid possible attempts of an Iranian or Hezbollah takeover in Damascus.

Besides being a security threat, the fighting has seen over 60,000 people killed and as many as 940,000 refugees forced to flee the region. Another State Department official stated that if the Syrian opposition is unable to secure the region once al-Assad’s regime is gone, it is likely that extremist groups will step in and take control.

Along with the $60 million that the U.S. will give to the opposition group, the Syrian National Council, the U.S. has also pledged $385 million in humanitarian aid.

The United States, along with the European Council, have stated that they are still discussing different means of aid for the opposition forces, with France considering sending tactical gear such as “night-vision equipment or body armor.” The Obama Administration is reportedly considering providing training and tactical supplies to Syrian rebels.