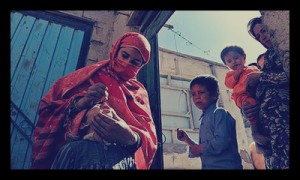 These congressmen sent a letter to the House Appropriations Subcommittee on State-Foreign Operations requesting an aid budget for Armenia and the other previously mentioned countries. Chairwoman Kay Granger (R-Texas) and Ranking Democrat Nita Lowey (D-N.Y.) drafted the letter together and hope that the bipartisan group can persuade the subcommittee to carry out their requests.

The letter asked that Congress approve a foreign aid budget that would provide:

– $5 million in U.S. humanitarian and developmental aid to Nagorno-Karabagh.

– At least 10% of U.S. assistance to Georgia to be earmarked for job creation programs in the Samtskhe-Javakheti region of that country.

– Funds for humanitarian and resettlement assistance specifically targeted to Armenian and other Christian populations as well as other minority communities affected by the recent unrest in the Middle East.

– Removal of barriers to contact and communication with representatives of the Nagorno Karabagh Republic.

–Language calling for the participation of Karabagh leaders in the OSCE Minsk Group negotiations.

Congressmen Pallone and Grimm are concerned that Obama’s plan to give $24,719,000 in Economic Support Funds for Armenia will not be sufficient funds to fully aid the country. This budget is significantly less than last year’s $40 million budget. The Armenian government has requested $50 million in aid for 2014, an amount that is unlikely to be granted. Advocates of Armenian and Middle Eastern foreign aid are working diligently to ensure that funds for this region are increased before Congress passes the 2014 foreign aid budget.