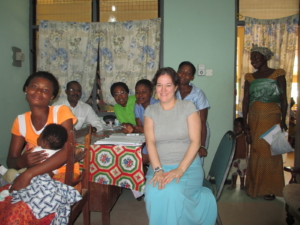 On the 10th anniversary of the American President’s Emergency Plan for AIDS Relief (PEPFAR), a new study released by a panel at the Institute of Medicine (IOM) shows that PEPFAR efforts have surpassed goals which were initially proposed to provide medical care for those who are HIV positive and suffer from AIDS. The PEPFAR program also includes prevention measures in communities affected by the disease.

Initiated in 2003 under President George W. Bush, PEPFAR’s initial goal was to provide medical care for 12 million people and to provide 6 million people with HIV antiretroviral treatments. Today, around 5 million people have received the medication through PEPFAR, and the program is providing care to over 15 million people – well surpassing the original goal. At least 4.5 million of those receiving support are children. The care of children was a high priority when the program was initiated, as many children have become orphans because of the AIDS epidemic. The report states that PEPFAR has “provided unprecedented support” for these children since it began.

A decade ago, PEPFAR began with $15 billion in funding from the U.S. government – the largest project in history aimed at tackling a single health issue. Today, funds dedicated to AIDS relief amount to over $37 billion, with an additional $7 billion donated to help eradicate tuberculosis and malaria.

The IOM report went on to praise the U.S. for its role in drastically scaling back the number of people worldwide affected by the disease. The Obama Administration has also vowed to continue support for AIDS relief, announcing plans for an “AIDS-free generation” by putting a heavy emphasis on prevention. The study also takes the stance that prevention is a crucial component to continue exceeding goals and that “long-term success in keeping disease at bay will depend on countries making a transition,” where the mindset of healthcare systems shifts from that of an aid recipient to a medical institution that cultivates proper treatment and prevention methods.

Smog From China is Crossing Borders 2013: The International Year of Quinoa
Scroll to top