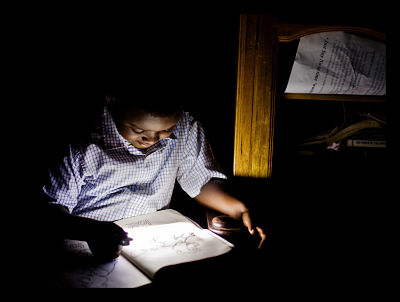 President Obama and Congress’ plan to double power to sub-Saharan Africa has people buzzing about an Africa where energy poverty is a thing of the past.

During a recent whirlwind tour of Senegal, South Africa, and Tanzania, President Obama announced his Power Africa initiative, which would invest $16 billion to combat Africa’s energy deficit. Meanwhile in Congress, a bipartisan contingent led by Representatives Edward Royce (R-CA) and Elliot Engel (D-NY) introduced the Electrify Africa Act of 2013, which would provide over 20,000 megawatts of electricity to 50 million Africans by 2020.

So, why is the U.S. government so interested in turning on the lights in Africa?

The fact that millions of Africans are trying to get out of the dark certainly has something to do with it. In Senegal, only 42 percent of citizens have access to electricity. The situation in South Africa is much better where electricity is available to 75 percent of the populous. However, in Tanzania only 14 percent of the population is on the grid. This lack of energy availability continues to curtail the continent’s development.

Furthermore, the fact that the U.S. has the opportunity to reap enormous economic benefits also has something to do with it. By eradicating the energy gap and lifting Africa out of poverty through aid-based and market-driven approaches, the U.S. will be able to access markets that were previously closed.

The U.S. has a very successful track record of providing aid to countries in order for them to develop and then establishing trade partnerships with them.

Unlocking the trade potential Africa holds could be the answer to the economic woes the U.S. has been experiencing. An immense new consumer base could be created, which could mean more jobs and increased productivity.

The benefits to Africa could be profound as well–millions of people could enjoy an improved standard of life–while ushering in a new era for Africa from a hopeless continent to a legitimate investment and trade partner.

Diminishing global poverty by narrowing the energy gap is essential for any of these benefits to take place.