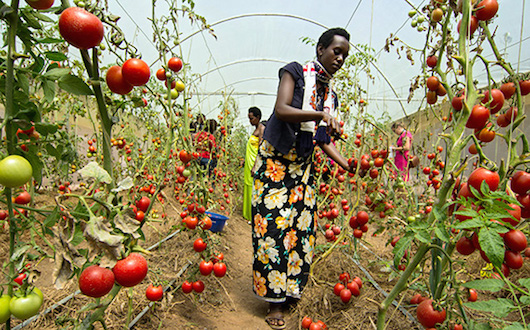 This year could be a major turning point for development across Africa according to a new report by the Brookings Institution.

Building on data from the World Bank, analysts from the organization’s Africa Growth Initiative lay out key human development interventions needed in 2016 to keep the continent on course to achieve the Sustainable Development Goals by 2030.

First, the report argues, there is a critical need to address the lack of reliable data on poverty coming out of the region. The World Bank recently committed to helping the poorest countries conduct surveys every three years, and hopes this investment will spread.

Based on data that is available, it is clear that many low-income countries on the continent have realized significant progress over the past 20 years. The number of people living on less than $1.90 per day is now 43 percent, down from 56 percent in 1990. School enrollment has increased from 55 percent to 74 percent. Life expectancy at birth has increased by six years. And, HIV prevalence has been reduced by five percent.

But while development across Africa is on the rise, progress may be leveling off. The number of people living in poverty has actually increased by 50 million since 1990, bringing the total number to 330 million.

Brookings and World Bank Analysts say this comes down to a growing African population, but also to conflict, persistent gender inequality and an over-reliance on exporting natural resources.

In 2016, they recommend African leaders and development partners renew focus on gender-inclusion beginning with primary school enrollment. Financial support will be needed to promote cost-free education, since families often keep girls out of school if it means saving money. Pay equity and employment non-discrimination legislation at the national level should also be fostered.

Resource-rich countries in Africa face a perplexing development gap, including a 10 percent shorter life expectancy and higher levels of economic and social inequality. Brookings Senior Fellow, Haroon Bhorat, explains that when countries rely on exporting natural resources, they may generate a lot of revenue, but they do not create many jobs — meaning there is no real effect on poverty.

A renewed focus on manufacturing jobs will be needed in 2016 to create long-term employment and sustainable growth in these countries, he suggests.

“An expansion in manufacturing will provide the building blocks for a more diversified local economy — in the pursuit of structural transformation and an improvement in living standards in Africa,” Bhorat said.

Analysts are confident that development across Africa, in terms of economic progress, over the last 20 years can continue if leaders make 2016 a turning point to re-energize and refocus their development efforts. Leaders will need to look beyond the short-term benefits of exporting resources, and make serious investments in inclusive, sustainable growth.