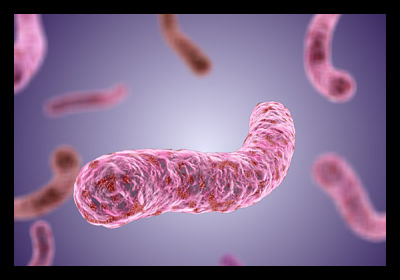 Tuberculosis (TB) is an infectious disease caused by the bacterium Mycobacterium tuberculosis. It is transmitted through droplets of saliva and other fluids from the throat or lungs in people with active forms of the disease. TB is the second deadliest infectious disease next to HIV/AIDS.  Not everyone who catches the infection develops symptoms, but if they do and do not receive treatment, TB can be fatal.

How Do You Get TB?

TB is spread when particles of the bacterium from an infected person’s lungs or throat come out into the air when they are coughing or talking and someone else breathes them in. TB is not spread easily however and people who catch TB are normally close friends or family members of an infected person. Not everyone who gets infected with TB will get the disease, many people’s immune systems are able to fight off the disease. Often people who get TB were infected with in a long time ago but become symptomatic when their immune system is weaken.

TB often attacks those with suppressed immune systems including people with HIV/AIDS, people undergoing chemotherapy and the elderly. TB is the top killer of people with HIV/AIDS. While TB was once endemic in North America, Europe now 95 percent of TB deaths occur in low and middle-income countries.

TB is more common in men, but TB is still the third-largest killer of women worldwide.  Many of the women who die from TB are HIV infected. According to the World Health Organization (WHO,) the majority of TB cases in 2012 were in South-east Asian (29 percent,) Africa (27 percent) and the Western Pacific region (19 percent.)  TB largely affects young adults, although children also contract the disease. Tobacco smoking also puts people at a much greater risk for TB; 20 percent of those who become ill with TB are smokers.

What are the Symptoms of TB?

Symptoms of active TB include coughing, fever, fatigue, night sweats, chest pain and coughing up blood.  If untreated, TB can lead to death; however, in developed countries, TB is very rarely fatal as the disease is treatable and curable.

How is TB Treated?

TB is treated with a combination of drugs administered over six months to 12 months. The most common treatment is a combination of isoniazid plus two to three other drugs including rifampin, pyrazinamide and ethambutol. Isoniazid is also prescribed in non-active TB as a preventative measure.

Thankfully, TB has been steadily declining; since 1995, there has been a 45 percent reduction in TB deaths. The WHO has treated 56 million cases of TB and has saved 22 million lives through prevention strategies.

Why Encouraging Education in Haiti is a MustAre Needy Children in Nigeria Invisible?
Scroll to top