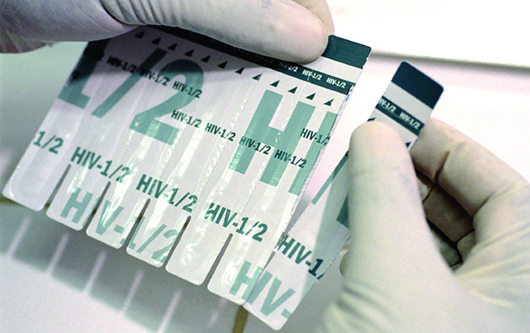 After years of struggling to get proper treatment to HIV/AIDS patients in Africa, there finally seems to be some progress, and furthermore, some hope.

Different aid and relief groups have struggled with treating people in Africa that have contracted the HIV or AIDS illness because of uncooperative governments, and a lack of financial means. However, despite seemingly discouraging statistics and results in the past, the United Nations Aids agency has thus far made a significant impact on the small communities throughout impoverished Africa.

The overall goal was to treat about 15 million people by 2015—a goal that was set in 2010. Targeting people in wealthier and more developed countries has not been an issue when it comes to spreading the treatment for HIV patients. Unfortunately, it has been significantly more difficult to provide treatment to poorer regions of the world, such as in Africa where there is the highest concentration of cases of HIV in the world. The region of Sub-Saharan Africa alone accounts for 66 perecnt of the cases of HIV around the world.

Despite obvious obstacles, the United Nations has been able to successfully provide treatment to many impoverished people in Africa. The goal previously set by the UN to provide treatment to 15 million people has already been reached and is now being surpassed. Since 2000, when the number of people being treated for the illness was only 700,000, the number of new cases per year around the world has decreased from 2.6 million to 1.8 million a year, a drastic drop.

Because these goals were met so quickly and efficiently, the UN has now set even more optimistic goals. The UN AIDS agency now is working to create more sustainable and long term treatment for patients living with HIV especially in poor countries. Furthermore, the UN is aspiring to end the AIDS epidemic entirely by the year 2030.