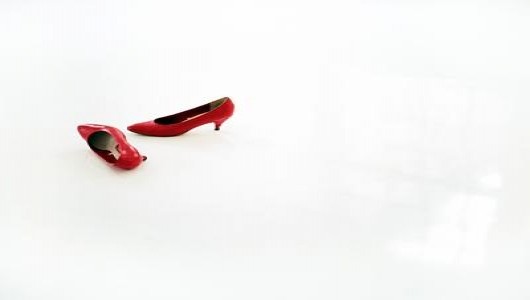 HIV is one of the few viruses to completely alter the landscape of the entire world as a whole. Not since great pandemics such as the Black Death has a sickness decimated families, communities and nations like HIV has.

HIV does not discriminate. The virus infects people from all walks of life: Muslims, Christians and Atheists; Blacks and whites; males and females; even the old and the young. Likewise, to combat HIV, the world needs to fund prevention programs just as indiscriminately.

From the misconceptions as an exclusively homosexual disease to the unity the world has made in dealing with it, one thing is for certain—HIV is still present and must be eliminated.

HIV strategies have been largely successful in combating HIV and preventing AIDS from infecting people at staggering rates. According to UNAIDS, in 2014, 2 million new infections of HIV were recorded. This was down 35 percent from the year 2000 when that number was reported at 3.1 million new infections.

The overall HIV and AIDS mortality rates have also fallen over the course of 15 years. A total of 36.9 million people worldwide are living with HIV, and 1.2 million have died from AIDS. That is down from 2 million in 2005. Almost half the current HIV population is taking antiretroviral therapy (15 million). Currently, $20.2 billion is invested in the AIDS response, right on target of expected funding required at $22 billion.

There is, however, one group of minorities who are of a great deal of concern. They are transgender people. They represent a group of people with the most imbalance of all infected groups.

The imbalance has many factors behind it. They are the largest under-served community when it comes to HIV prevention. This is due to marginalization, lack of access to proper treatment for many mental health-related issues, grouped with homosexuals in prevention tactics and also being a target of violence.

Transgender individuals face many social issues in society. While some may be well off, many transgenders work low-paying jobs due to a lack of equal opportunities for employment. Stigma and discrimination cause many to turn to drugs and sex work as a means of making money.

That lifestyle can lead to many health risks, including drug abuse, homelessness and the lack of access to adequate medicines. Many transgenders also face discrimination when they attempt to receive medical treatment from healthcare workers. It makes them more susceptible to infection.

Another problem is the lack of countries properly defining what gender a transgender person is. Many countries consider transgender sex the same as homosexual behavior. Anti-homosexual laws make transgenders fearful, hiding their infections for fear of death or incarceration. Some fear carrying condoms, as they may be used against them to confirm illicit behavior by law officials.

Inadequate training among healthcare workers to transgender-sensitive issues leads to misdiagnosis and mistrust.  The negative discrimination mentioned also decreases the quality of care they receive. Coupled with the general stigma, this creates a vicious cycle that is not helping with HIV prevention measures.

Transgenders are also vulnerable to higher degrees of violence and rape. There are no feasible studies to measure the number of rapes and murders transgenders experience due to misreported gender identity. Rape victims may contract HIV and not report it due to fear of retaliation.

All these problems have led to poor results in HIV prevention amongst transgender populations in the world. The issue is crucial in the fight against AIDS because some transgender people may have sexual partners with both males and females, making more people susceptible to spreading HIV. The global effort to combat AIDS must include all types of people around the globe.

The next part of this article will demonstrate working solutions and how continuous funding will help reduce HIV.

The #MakeTechHuman Campaign: Technology to Serve AllGroups Speak Out Against Helms Amendment
Scroll to top