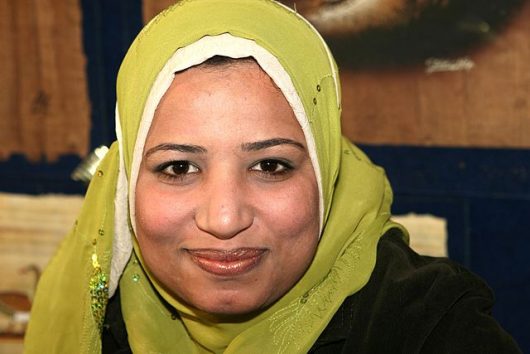 For centuries, Egypt has been rich in culture and tradition. These factors seemed to hold Egypt back developmentally until 2009, when the United Nations saw an opportunity for heritage to lift people out of poverty. Since then, the MDG-F Culture and Development Joint Programmes have been implemented in four participating Arab states, including Egypt. This plan allowed one small village in Egypt to complete four of the eight Millennium Development Goals. Below is the outlined success of this traditional production in Egypt.

MDG 1-Eradicate Extreme Poverty
The first goal completed through this project was the elimination of extreme poverty. Individuals in Dahshur, Egypt were lifted out of poverty through the creation of hand-crafted items. The project generated employment and income through seven innovative industries and participants were trained in hand-crafted production. Manufacturing of goods included embroidery, handmade carpets and crafts.

MDG 3-Promote Gender Equality and Empower Women
70 percent of the 200 people participating in the Egypt development plan were women. This empowered women – who were predominantly from traditional families – to learn new skills and use original resources. The project also encouraged women to make decisions and generate an income for the first time. Results led to a significant reduction in gender disparity.

MDG 7-Ensure Environmental Sustainability
After rigorous training, participants were told to collect their own raw materials. They then had to prepare them for production and create the final product. Cultural goods included embroidery, tailoring, flooring and beads. Over time, it is predicted that womens’ skills will improve which will make it possible to produce the goods at a higher rate. Once this happens, goods will be sold to the travel division which promotes eco-friendly tourism.

MDG 8-Develop Global Partnership for Development
The MDG-F Culture and Development Joint Programme in Egypt fostered community involvement in cultural development. This created reliable networks, partnerships and interactions. The project also raised awareness about the MDGs and promoted the culture’s influence to their success.

Many positive results have been achieved and continue to grow through traditional production in Egypt. The plan ended in 2013 but a Local Economic Development Forum has successfully been registered as a non-governmental organization (NGO) and will continue to function. Additionally, local NGOs are ready to duplicate their training for other groups, promoting increased success.