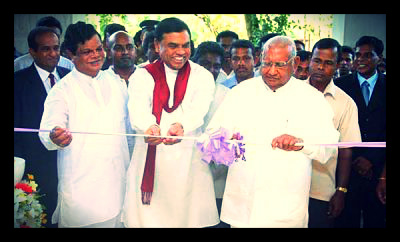 The recent developments in the Sri Lankan tourism industry were made with the welfare of the citizens in mind, according to the Sri Lanka government and the Economic Development Minister Basil Rajapaksa. The government wishes to increase tourism to their country to bring in the new revenue and stimulate the economy with outside sources. Other countries have also been using this tactic in order to eradicate poverty.

How does tourism help eradicate poverty? Well, in addition to bringing in money from outside of the country, it also helps the country become more known as a whole and attempts to put the country on the global radar. Rajapaksa says that most of the tourists that have traveled to Sri Lanka enjoy staying in small hotels in the region, which primarily aids small businessmen. This is certainly a positive; rather than giving money to the rich, it helps buffer the country’s inequality and aids those who are actually at risk of poverty. Recently, Rajapaksa opened the Mount Resort Hotel located in Kithulkanda, Meepe. It is a hotel with multiple rooms giving 19 different views of the area. Plus, it is an environment-friendly hotel on a wooded hilltop. The hotel also gives a beautiful view of star observation through a facility provided by the satellite station, Padukka.

The boost to the small businessmen has led to an increase in food production by small-scale entrepreneurs, as well as an increase in the production of clothing and souvenirs that serve to attract foreign visitors. The World Tourism Organisation has predicted that in the next decade, tourism will rise to three times greater than what it is now in Sri Lanka, with tourists coming from countries such as China and Japan.

Overall, tourism has proven to be helping boost the economy of Sri Lanka while it reduces poverty at the same time. This is a model that many other countries with high levels of poverty can replicate in order to help their own economies.