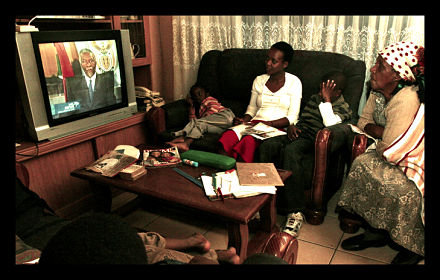 It’s interesting to take a look at how television shows are being watched across the world. In America, there are very specific types of TV shows that viewers have grown accustomed to. Can this be said for other parts of the world? Below are the top five TV shows in Africa. Can you see any similarities?

This is a reality TV game show that is much like the Big Brother reality show featured in the US. Randomly selected people from fourteen different African countries are chosen to live together under one roof complete with video surveillance. Millions of viewers watch how the contestants behave in the house and vote to evict housemates every week. The last housemate to be evicted wins a cash prize.

Filmed in the East African Region, this TV series focuses on lifestyle living, showing viewers the best places to eat, shop, and, play. The TV show also goes behind the scenes at events, interviewing music artists and culinary icons.

Studio 53 Extra provides the latest fashion news and entertainment gossip in Africa. The show stars co-hosts Eku Edewor and Marcy Dolapo Oni, who update viewers on fashion do’s and don’ts, what to watch, and who to look out for on the big screen.

A dramatic soap opera featuring a cast from Nigeria, Tinsel follows the lives of a group of adults highlighting romance, betrayal, and passion along the way. This drama has been sure to keep viewers on the edge of their seats, hooked on the lives of the Tinsel characters.

iNkaba is TV series broadcasted in South Africa that explores the region’s social heritage. Depicting the lives of the rich and powerful, the middle class, and the struggling poor, the TV show informs viewers on the often ugly and brutal system of social class, and the factors that bind people to them.