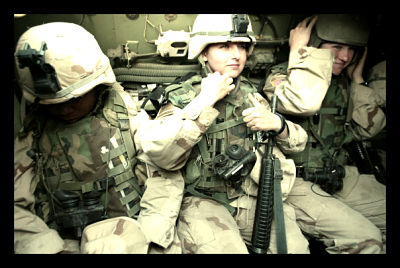 Foreign Policy annually compiles a list of the most prominent global thinkers of the year; to which the “Advocates” category lies among several others. Following is a list of all those honored under this category in 2013:

U.S. defense department announced in early 2013 that women would now be allowed to perform in combat roles, opening the doors to over two hundred thousand new jobs. Although women have been fulfilling these roles for years – particularly in Afghanistan and Iraq – little acknowledgement of this has existed. If a female were to die or get wounded in battle, she would still previously be considered “non-combat” and be ineligible for honors or career promotions. These four women – two of them holders of the Purple Heart – managed to lift the discriminatory restrictions.

Julieta Castellanos, “for fighting the system that killed her son”

Her 22-year old son and his friend were, under unclear circumstances, kidnapped and killed by Honduran police. Ironically, sociologist Castellanos is the founder of a crime statistics institute: the death of her son served as another addition to the list of countless killings in Honduras that she’s been compiling. The tragic death has further served as an incentive for Castellanos, who has taken up the fight against corruption in her country. According to her institute, crime rates are expected to drop by 6% this year.

Thant Myint-U, “for shaping Yangon’s future by preserving its past”

The lack of government regulation in Myanmar is a threat for the country’s historical architecture as it is for the less wealthy citizens. Recent development has initiated new industrial projects, reconstructing entire neighborhoods and skyrocketing the cost of living. Myint-U – the grandson of a former U.N. Secretary – has started an organization to prevent this.

Going against the recent infamous law which bans homosexual propaganda in Russia, Davydov showcased in July a sign that read “being gay is normal” during a protest. Becoming the first individual to be arrested as a consequence of this law, Davydov led another protest in September before dying of kidney failure at age 36. Kochetkov, chairman of the Russian LGBT network, has been documenting violent and unfair cases against members of the group, including that of Davydov’s.

Navi Pillay – “for refusing to let the world forget the human toll of Syria’s crisis.”

Xu Zhiyong – “for promoting people power as an antidote to corruption.”

Farea Al-Muslimi – “for appealing to the better angels of U.S. foreign policy.”

Hossam Bahgat, Heba Morayef – “for holding past to the promise of Egypt’s revolution.”