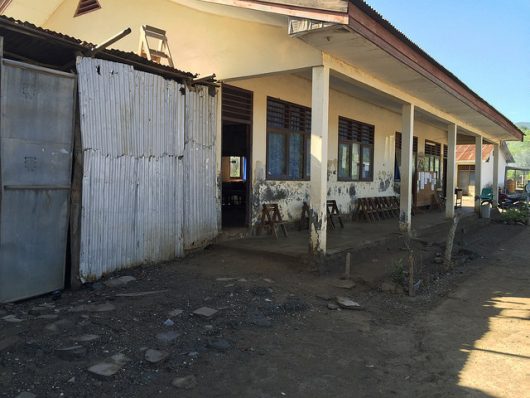 Over the past decade, the Timor Leste poverty rate has dropped significantly. In 2007, more than 50 percent of citizens lived under the poverty line, and by 2014, that number had dropped to 41 percent. This kind of improvement is rarely seen in the modern day, and it puts the country of Timor Leste well on its way towards building a strong and successful economy.

The high Timor Leste poverty rate should come as little surprise: the country is one of the youngest in the world, and both its creation and development have been marred by conflict. After Timor Leste declared independence from Indonesia, violence became so far-reaching that nearly 70 percent of the country’s infrastructure was destroyed. In 2006, the opposing factions of the national police and the armed forces came to a head, throwing the country into yet another conflict, one that would not be resolved until 2012.

Such conflict has contributed to the continuation of poverty in Timor Leste, and has influenced many of the factors behind it. The education system in the country is poor, with only half of all adults able to both read and write. Though there has been steady improvement in this department since the independence of Timor Leste, the fact that half of the adult population remains illiterate is one which must be remedied soon.

In order to counter the high Timor Leste poverty rate, the country has begun a series of industrial projects. With the help of CARE Australia, the country is building a series of roads linking outlying villages to larger towns and cities. This project has also been begun with the empowerment of women in mind, as more than 60 percent of the workers are female.

Additionally, the Asian Development Bank is providing training to public service workers in Timor Leste that focuses on leadership, problem solving and management. Again, this activism is happening with a focus on improving the situation for women, as 24 percent of public servants in Timor Leste are female.

Many steps have been taken to alleviate the Timor Leste poverty rate, and success has certainly been had. However, to address the systemic issues of gender inequality and poor education, the country will have to come together and continue the solid work it has already done well into the future.