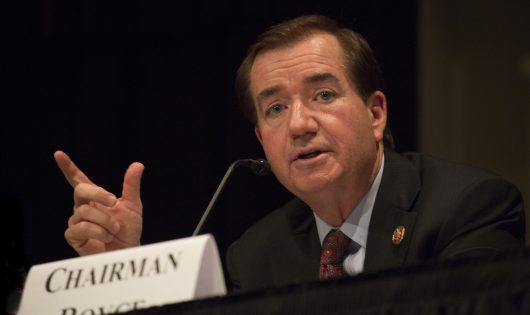 The Digital Global Access Policy (GAP) Act was passed in the House of Representatives on January 24, 2017. This bill is a vital step in reducing global poverty in developing nations, creating more interconnectedness between people and nations and saving millions of lives.

Currently, nearly 60 percent of the world’s 7.6 billion people remain offline. In this increasingly global society, access to the internet is becoming a necessary service alongside electricity and running water. Developing nations and governments need internet access to connect systems, provide services to residents and lift themselves out of poverty to participate in global markets.

The Digital GAP Act, introduced by Rep. Ed Royce (R-CA), had overwhelming bipartisan support in the House. On its way to the Senate, the bill will bring mobile or broadband internet access to 1.5 billion people for the first time. The passing of the Digital GAP Act will spur economic growth in developing nations, save millions of lives through increasing global health and crisis response and fight to bring more women online in the fight for global equality and human rights.

The availability of internet means emerging markets in need of data plans. The new sales of platforms and data plans open up a market opportunity worth $50 to $70 billion. Furthermore, the addition of internet access to disadvantaged communities will allow companies and businesses to invest in the area. The creation and attraction of local and foreign businesses to establish themselves within communities previously without internet access will drum up industry and increase economic growth and opportunity.

On the House floor, prior to the vote which passed the Digital GAP Act, Rep. Chairman Ed Royce highlighted the way women are disproportionately affected by the digital gap and the importance to bringing more women online. “[Women are] …serving as the principal consumers, caregivers, educators, peacemakers and income-earners across the developing world. Bringing women online will not only deepen the benefit of existing investments in governance and global health, it will accelerate economic growth,” Rep. Royce said.

Intel Corporation argues that bringing even just 150 million more women online has immense benefits for the women themselves, their families and their communities. Seeing another 600 million women online would contribute an estimated $13 to $18 billion to the annual GDP across 144 developing countries.

Providing internet access to more women would expand opportunities as 180 million women would see improved abilities to generate income for themselves and their families. Passing the Digital GAP Act would see nearly 500 million women able to improve their education and see greater freedom and connectivity to the public sphere as a result of being online.

In 2014, the Ebola virus claimed over 11,000 lives, with Liberia suffering the worst. Liberia, without reliable internet access, saw community health centers struggle to coordinate efforts to save lives. With 60 percent of the world left out of the technological revolution, there is a lack of coordination, communication and response to global health crises. The lack of internet access resulted in more deaths from Ebola.

Today, many communities struggle with the Zika virus, which disproportionately affects women and infants. Without internet access, communities are unable to track the virus. This means individuals in communities affected by the virus will remain completely unaware of its presence until it is too late. This allows the virus to spread over borders with more ease.

Not only does the addition of internet access increase crisis response capacity, but it also increases education surrounding global health. With access to information about disease, sanitation and general health and well-being, communities have more tools to prevent health crises. In rural areas where clinics may be expensive or difficult to travel to, access to health advice and knowledge about ailments can allow communities to make better decisions regarding global health.

Passed in the House and on its way to the Senate, the Digital GAP Act can save lives, spur economic growth and opportunity and achieve gender equality. Now more than ever, it is important to support poverty reducing legislation that will make a difference in millions of lives.