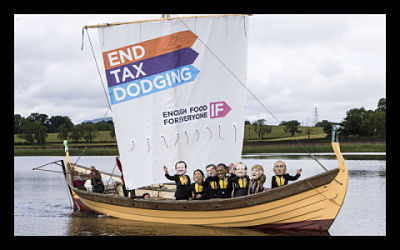 One in eight people around the world are suffering from severe starvation, yet the planet produces enough food to feed everyone. The Enough Food For Everyone IF campaign is attempting to fix this inequity in global food distribution.

The campaign is asking the government and G8 leaders to take three big steps towards ending hunger:

On June 8th, thousands of people gathered in Hyde Park for Big IF London, a huge day of action that kickstarted IF’s 10 day countdown to the G8 summit in Northern Ireland. If enough people come together to show their support for the campaign, world leaders will have to listen.