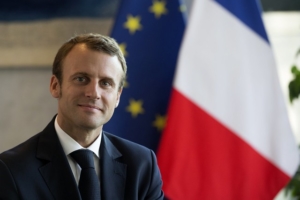 France, the world’s 7th largest economy, has gained national media attention as the “Yellow Vest” protest hits its 10th consecutive weekend. The protesters — originally citizens of the countries rural areas — came to Paris to protest higher taxes on fuel. Now, three months into the protest, the movement has changed its message to target many economic problems the poor of the country struggle with.

This unrest has pressured French President Emmanuel Macron to do more to help the nation’s poor. He has now announced an 8 billion-euro ($9.3 billion) anti-poverty plan aimed at appeasing the protestors and increasing the fight against poverty in France. He hopes it will get people into work and help the young. Specifically, this plan includes increasing: schooling until the age of 18, nurseries to get mothers into work, emergency accommodation with a priority for women and children, and breakfast for students in the poorest areas.

Additionally, the package includes wage increases and tax relief for low earners and retirees. Macron also launched a “national debate” to talk to the public about their economic situation. This period is to last two months, and end with a “new contract for the nation.”

Poverty in France affects nine million of the country’s 67 million people with a third of these figures being children. Macron has stated the previous welfare system “does not do enough to prevent people from falling into poverty, does not do enough to eradicate poverty.” He has expressed frustration at previous plans, saying they “plow a wad of cash” into benefits, but produce very few results. Macron also plans to make these earlier systems more simple, as one in three people eligible for core benefits do not apply.

These low application rates are well known, but so are the very real struggles of applying. A story on Expatica, a website made to help immigrants in Europe settle into their new countries, has a very telling story on a citizen’s attempt to apply for aid. The author describes the process of applying for three state programs providing assistance. Describing the welfare system as “tricky,” they share that one of their claims had boomeranged back to them four times and that this experience is something everyone applying should expect.

According to the author, the complexity of the process is well known to the administration, which is exactly why they request documents multiple times. This repetitive behavior requires applicants to deal with huge stacks of paperwork and multiple trips to state offices. Stories such as these may explain the low application numbers and also act as some of the issues Macron hopes to address in his new programs.

Although many of the protesters express concern over Macron’s national debate, it is extremely clear many people in the country need help, and many of the programs need reforming. With the debates and planning still in the works, it can be hard to tell exactly what is going to be done. However, the people are talking, and it appears the government is listening. The fight against French poverty is clearly still on-going, but progress is steadily being made.

Living Problems in West Bank and Gaza Purchasing Power Parity: The Russian Ruble vs. The American Dollar
Scroll to top