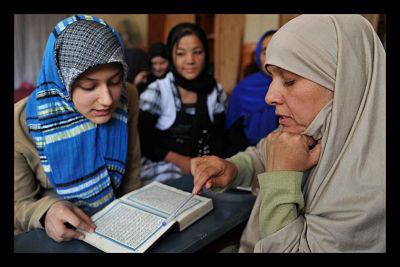 The U.S. Agency for International Development (USAID) is making strides in promoting widespread gender equality as it plans to launch a $200 million program called “Promote” that aims to elevate women’s role in Afghan society.

“Promote” targets women between the ages of 18 and 30 and strives to help them pursue jobs of their interest—whether that be through supporting women entrepreneurs with credit and micro finance or providing women interested in policymaking with access to governmental training and education.

Shah states that Promote is the USAID’s largest gender-driven investment in any country by far and has intrigued many other countries and international organizations like Australia, Japan, and the European Union to donate money as well.

There has already been significant progress on women’s rights issues in Afghanistan over the past decade, and the evidence lies in the figures. From 2000 to 2010, Afghanistan witnessed a decrease in maternal mortality rates, from 1,600 per 100,000 births down to 327. Meanwhile, prenatal health care coverage increased from six percent to 39 percent and more girls are receiving formal education beyond primary school.

The issue now lies, however, in sustaining that progress even after the foreign military presence retreats. Extreme gender discrimination remains deeply rooted in Afghan daily life and culture, and many Afghan women have expressed worry about the imminent departure of U.S. troops.

Shah and the USAID plan to address these concerns by attacking the instability issue from multiple angles. In addition to tackling the problem of instituted gender inequality that plagues countries throughout the developing world, Shah declared that Promote would also create more than 3,500 small businesses in Afghanistan, thus encouraging much-needed domestic growth.

The USAID hopes that this dual approach ensures womens’ consistent role in Afghanistan’s “social, economic, and political fabric” while stabilizing the economy against a decline in foreign spending.

By working to ensure a stable future for young women in Afghanistan, the U.S. shows its commitment to reducing global poverty, elevating the standard of human rights abroad, and raising the bar for engaging in developmental aid.