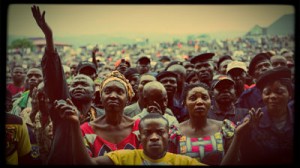 Peace in the Democratic Republic of the Congo may finally be on its way. With nearly four million people killed since the outbreak of the war in 1998, the DRC is one of the deadliest countries on earth.

Although some kind of comfort and lull may have briefly calmed the residents of the DRC, the recent attack in November by the M23 rebel group had taken over the provincial capital of Goma. Following the attack, a series of riots and chaos erupted around the city, concerning peacemakers and leaders and raising serious questions about the stability in Congo.

There has been a U.N. report that the M23 rebel group was supported by Rwanda, but President Kagame denied the accusation to CNN correspondent Christiane Amanpour. In their interview together, Kagame told Amanpour, “It’s a big ‘no’ on the issue of saying that I am accepting this kind of responsibility, but what I am accepting is that people can work together to find a solution to this problem that affects Rwanda [and] also affects the Congo.”

Congo’s conflict has seriously threatened development. Considered as the deadliest and one of the poorest countries in the world, the emphasis on peace has become a key to the leaders and peacemakers of the DRC and other nations.

While peace cannot be obtained overnight, Prime Minister Matata Ponyo Mapon is currently striving for peace by pursuing further diplomacy at the United Nations, in the United States and in Washington, D.C.