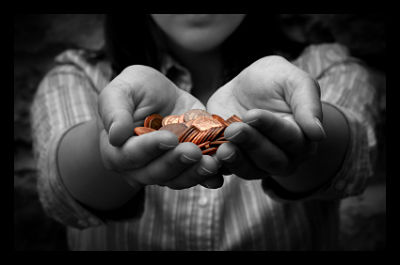 The self-help genre is frequently stigmatized and written off as being trite. Rarely are these books truly life changing – nor do they often make a genuine attempt to broaden their readers’ world views. Azim Jamal and Harvey McKinnon’s “The Power of Giving” is an exception to the rule. Since its publication in 2008, it has been sparking a revolution in the field of philanthropy.

Its message – give more and expect more in return – is hardly novel. However, the authors take a multifaceted approach in striking a chord with their readership by offering a preponderance of evidence – both empirical and anecdotal – suggesting that a willingness to give back to the world can facilitate a happier, healthier and more meaningful life. For instance, academic research has demonstrated a correlation between volunteering and stress reduction and a healthy immune system.

This age-old idealism is balanced by pragmatism. Keenly aware that people come from varying backgrounds dictating how charitable they can afford to be, Jamal and McKinnon look beyond the monetary aspect of giving by emphasizing the importance of offering one’s expertise and empathy unto others. Tips on how to maximize the impact of contributions is also offered within the book’s 208 pages.

No life lesson renders itself legitimate if its messengers do not practice what they preach. In this regard, Jamal and McKinnon once again step up to the plate. The former has sacrificed twenty hours per week for volunteer projects and charitable endeavors for the last three decades of his life, while the latter has dedicated his life to fundraising on behalf of Amnesty International and UNICEF, among other renowned nonprofit organizations. To boot, 100 percent of the book’s proceeds go toward Tides Canada, a nonprofit that works to better Canadian society by connecting donors with specific causes.

“The Power of Giving,” transcends heartwarming banalities by embodying not just a book, but a multimedia movement. It is in the authors’ hopes that readers will physically pay it forward by passing the book onto friends and family, thus spreading its positive teachings through tangible means. On the media front, Jamal and McKinnon have centered numerous interviews and inspirational speeches around the book in a bid to reach the masses. Furthermore, they have created an interactive website and blog through which people exchange ideas and personal stories on the gift of giving. With this constant addition of new information online, it is hard to imagine such a fluid philosophy ever losing its spark.

Applied to the issue of global poverty, Jamal and McKinnon’s words inspire compassion among the fortunate for their brethren suffering in remote countries.