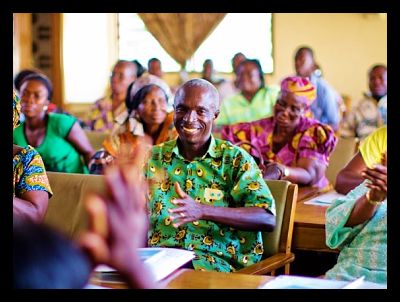 As the donors of the Global Fund gather in Brussels, the amount of $15 billion was requested in order to replenish the organization’s money supply. This replenishing process occurs every three years for the Global Fund. In the 2011-2013 replenishing phase, the Global Fund was successful in reaching their goal of $12 billion. Therefore this new goal is a step up from previous endeavors.

In order to reach the Global Fund’s goal of $15 billion, many donors will have to ward off any potential budget cuts. Instead of succumbing to the current economic crisis that is enveloping the world, donors will have to step up to the challenge to fight global poverty. Reaching this goal will require Europeans to step up their commitments. It will require new donors, both from Europe and from emerging economies, to invest for the first time. It will require African nations, whose citizens are some of the most heavily impacted by diseases and whose economies are in some cases growing the fastest, to recommit to spending 15 percent of their national budgets on health. It will require new partnerships with the private, faith, and NGO sectors.

This will not be an easy task. However, if this goal is reached, the world would be a much different and better place in 2016. The Global Fund suggests: More than 18 million people in affected countries could receive antiretroviral treatment; 17 million patients with TB and multidrug-resistant TB could receive treatment, saving almost 6 million lives; millions of new cases of malaria would be prevented, saving approximately 196,000 additional lives each year than there would be based on their current budget level; and more than 1 million new HIV infections could be prevented annually.

While the amount of $15 billion may seem like a daunting figure, it is obtainable. Not only does the Global Fund need the support of its donors, it needs the support of everyone who cares about the issue. Everyone has a voice, it is their choice to use it. If you care about global poverty and support the Global Fund’s cause, please call your local representatives and express your support. The number of your local representatives can be found here.