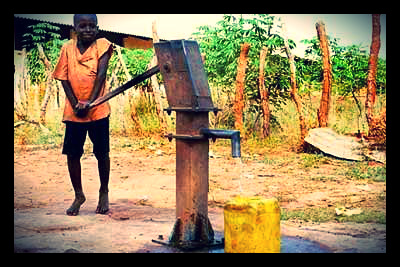 According to www.allafrica.com, the Gambia Rural Poor Association (GAMRUPA) is preparing a program which will provide rural villages with courses on safe drinking water. GAMRUPA has partnered with Lagulimpo-Tabankasan Community Based Organisation in Siffoe Village in the West Coast Region to host the weeklong seminar about safe drinking water.

Paul Akkerman, the coordinator of the project from Netherlands, explained the goal of the project. “The purpose of the project is to provide clean and safe drinking water for the community,” Akkerman said. While at the seminar, he explained that the Water Tank, which is made by Ferro Cement, has a capacity of 5,000 liters.  According to Akkerman, the tank will collect and preserving rain water to be used for irrigation during the dry season. “The Project is worthy because it provides safe and clean drinking water for the people, as well as promotes good health,” he said.

In addition, the organizations have built over 1,000 tanks in Bissau.  They will work to do the same for the neighboring region of Siffoe. Akkerman explained that training program would also help to strength the already cordial relations between the two nations. In addition, he emphasized that the project will work to better the development rate of the village.

The community of Siffoe will safeguard the project and work in partnership with the donors of the project materials. The donors have been described as genuine and loyal partners of the community. According to Akkerman, “The burden of unclean water will now be a thing of the past because the project is designed to provide clean and safe drinking water.”

Projects such as these will help developing nations work together- efficiently and diligently- to better their living standards. In addition, more clean water project will help develop the economy and health standards of rural villages.