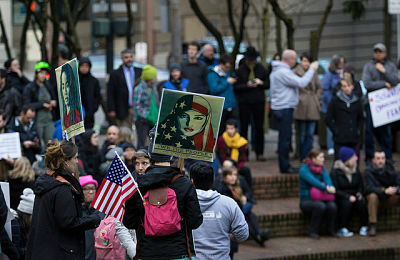 One of President Trump’s campaign promises was immigration reform. As a candidate, Trump stood for harsher immigration laws and vowed to undo many of the policies put in place by President Obama. One such law Republicans push Trump to act on is DACA, the Deferred Action for Children Arrivals program. On June 16, Trump stated that he planned to keep the program in place, although the White House insisted this was a temporary decision.

Since being enacted in 2012, the program has granted reprieves to approximately 800,000 undocumented immigrants who arrived in the United States as children. The program also grants two year work permits. During Trump’s first three months in office, DACA grew by about 17,000 people. In addition, over 107,000 applications have been renewed.

As a candidate, Trump vowed to terminate the program and its counterpart, DAPA (Deferred Action for Parents of Americans), immediately. DAPA has been struck down, but DACA remains in place.

Pieces of DACA, however, have started to be dismantled by individual states. On June 20, the Arizona Court of Appeals overturned a ruling allowing DACA recipients to pay in-state tuition. This is consistent with Arizona law stating that anyone without legal status must pay out of state tuition.

Now, the entire program is being challenged on a federal level. Republicans from 10 states recently advised U.S. Attorney General Jeff Sessions that if DACA was not rescinded by September 5, the coalition led by Texas Attorney General Ken Paxton would sue the federal government. Not knowing how Trump plans to proceed concerning DACA has given recipients of the program a strong sense of uncertainty.

Political theorists expect Trump to repeal the program due to the pressure from his base. It is unclear what would happen to the 800,000 undocumented immigrants who are currently protected under the program. However, it is without a doubt that the end of the program would mean there are no more applications accepted for the program.