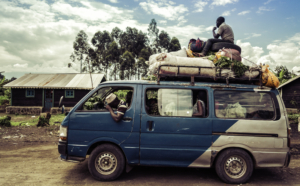 The Democratic Republic of the Congo, otherwise known as the DRC, is blessed with abundant natural resources, advantageous geographical trade points, and a booming youth population. It is also a nation struggling with economic and political tensions that threaten to tear it apart. Conflict within the Sub-Saharan African Continent is not new, as with many developing regions. Yet when it comes to the DRC, its current conflict takes on several different forms; from systemic economic mismanagement to tense ethnic divisions. The DRC has a series of underlying problems. Both its leaders and regional partners need to resolve should any progress be made. One key issue, however, is the systemic economic decline of the country.

As noted by a UN Economic Commission, economic woes point out several grievances against the current government. For example, they highlight the hoarding and mismanagement of natural resources and inefficient governmental models. The models focus more on federal power rather than balancing out authority to local government. As the DRC borders with conflict-ridden neighbors such as Rwanda and Sudan, it has to deal with incoming migrants and persistent border security threats. When analyzing the economic decline of the DRC, the direct implications on the current escalating conflict must also be considered.

One of the central weak points of the DRC is its flawed economic policy. The issues of the policy include the disproportionate distribution of natural resources, lack of adequate investments in capital and infrastructure and lackluster trade agreements. In addition, the DRC has a long way to go before it can overcome its systemic economic woes.

The DRC’s inefficient two federal government barely understands the complexity of localized economies. The federal economy and general stock market are important. However, local markets and financial growth is also vital, if not more important. For instance, while the DRC is one of the largest suppliers of natural resources such as diamonds and cobalt, it is one of the top eight countries struggling with hunger and humanitarian assistance deficits. Analysts argue that conflict and hunger are interdependent. This is due to conflict limits agricultural production and disrupts one’s income. As a result, it is increasingly difficult for economically challenged nations such as the DRC. Due to recent wars in the Eastern Congo and a series of political conflicts around its borders, the DRC has faced a severe brunt in its ability to generate ample economic income.

Violence and conflict help contribute to the economic decline of the DRC. Ethnic violence, the spread of Ebola and high levels of corruption hurt the overall economic benefit of Cobalt mining. In contrast, it sponsored those who benefit from the current conflicts in the DRC. The UN Economic Commission found that despite an increase in prices for rare minerals, the DRC still struggles economically due to inadequate pro-poor development programs and mass unemployment. Nigerian economist, Dambisa Moyo, argues that the fatal flaw in international aid and intervention is a lack of focus on regional infrastructure projects, targeted educational and job skill programs, and communal credit programs. Moyo furthers that when it comes to the DRC specifically, the IMF has a history of giving over 700mn dollars to the developing nation, only for it to be eaten up by kleptocrats.

The individuals are susceptible to several factors that escalate conflict and increase the influence of conflict entrepreneurs. The economic decline of the DRC creates an environment most profitable for conflict entrepreneurs and profiteers. The mass hunger and poverty in the DRC feed into several factors that contribute to conflict. For example, corrupt warlords who prey on struggling workers to militias who target local villages further worsen the issue.

A prime example is the Allied Democratic Forces (ADF), an armed group that has terrorized the eastern Congo for years and has brutally murdered over 100 people. The ADF feeds off of two main causes. The first is the lack of governmental authority. The second is the DRC’s insecurity, armed groups with murky agendas and the government’s failure. It is more important than ever that international aid groups take action to put a stop to mass poverty and the violence it causes.

Although the DRC is in a dark spot, the reforms of the government and international community can undertake to help improve the situation. First, the DRC needs to localize its credit lines and monetary policy. A big issue for state factions and communal governments is a lack of financial authority. Ensuring a gradual decentralization process will increase income flow and help legitimize local elections and state power.

The International Finance Corporation, a branch of the World Bank, recently started a program that gave small credit loans and financed new investment credit lines in local areas within West Africa. This initiative helps fund hundreds of small and micro-businesses and shake off the potential risks of debt or inflation. Another potential solution is to focus more directly on local infrastructure investments. Recent studies show the four most effective ways to combat poverty in the DRC. These include emphasizing the accumulation of job creation, macroeconomic stabilization, rehabilitation of key infrastructure and structural reforms for a healthy market environment. Thus, if the following reforms are undertaken, the aforementioned goals will be within reach.

Economic recovery, conflict and the developing world are difficult. Oftentimes, nations like the DRC must resolve a series of ethnic and political conflicts before they becoming a top-tier economy. However, the DRC’s leaders must be aware of the role its declining economy plays in the escalating conflict. They should also acknowledge the necessity of reforming key policy. Reaching out to regional NGOs, the African Union and working with international partners is a step in the right direction. Additionally, supporting bills such as the International Affairs Budget and Girls Lead Act also promotes transformative growth and provides essential resources and support.