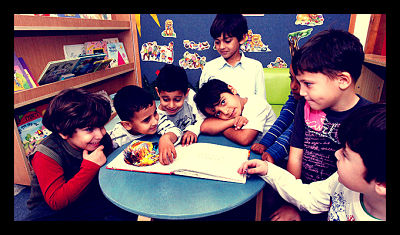 The American Jewish Joint Distribution Committee is a nonpolitical organization that provides aid to Jewish communities in distress across the globe. The institution was formed after the outbreak of World War I in 1914 to aid Jews in Europe who were displaced or negatively impacted by the war. Today, the Committee works in over 70 countries to provide humanitarian assistance to poor Jews.

Although the Committee is active in South America, Africa, and Asia, the organization focuses heavily on the disadvantaged Jewish communities in the former Soviet Union countries of Eastern Europe and Central Asia. This area includes Russia, Ukraine, and Belarus as well as the Caucasus regions and the Central Asian Republics. The decentralization of power that occurred after the fall of the Soviet Union precipitated the downfall of these nation’s economies, adversely affecting the large Jewish populations there. In Ukraine, the end of the USSR resulted in a catastrophic hyperinflation that pushed many Jewish families below the poverty line.

The American Jewish Joint Distribution Committees relief efforts in Ukraine are particularly impressive. Ukraine boasts the third largest Jewish community in Europe with almost 500,000 Jews in a population of 45.3 million. A section on Ukraine from the AJJDC website succinctly assesses the story of the Jews in Ukraine, stating, “Like much of former Soviet Jewry, Ukraine’s Jews have survived the pogroms and the Holocaust, and outlasted Communist Jewish oppression. Today, though the country is struggling with economic turmoil and aging infrastructure, its Jewish community is growing, working tirelessly to assist its needy and to foster leadership among its most dedicated.”

In effect, there is great hope for the Jewish poor in Ukraine. The AJJDC has made great strides by providing food, medicine, and other necessary commodities to struggling elderly Jews and undernourished children. The organization also runs day camps to involve Jews in cultural programs and religious festivities, recruiting younger Ukrainian Jews to foster similar programs in their localities. Ukraine is only one of many countries of the former Soviet Union, and the world, in which the American Jewish Joint Distribution Committee has made a lasting impact through community programs and humanitarian assistance.  This coupling has resulted in what the organization calls “a revitalization of Jewish life” and an optimistic future for the Jewish poor worldwide.