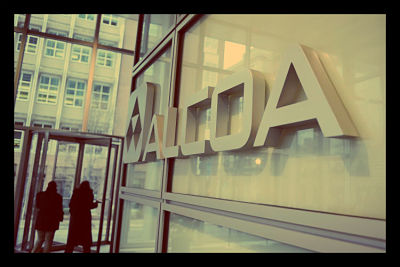 However, while big businesses often do not do their share to improve the world we live in, companies like Alcoa who are doing extraordinary work. Alcoa, an enormous aluminum manufacturer based in Pittsburgh, and its charitable foundation gave $36.6 million to charitable causes in 2011. This represents roughly 6.7% of its pretax profits, making it the company that gave the greatest percentage of its pretax profits to charity in a 2012 analysis by The Chronicle of Philanthropy.

In March 2013, as part of International Corporate Philanthropy Day, Alcoa announced that it had given over $40 million dollars in grants in 2012. Additionally, its employees provided 800,000 hours of volunteer work that year.

The Alcoa Foundation, which celebrated its 60th anniversary in 2012, dedicates half of its funding to individual Alcoa locations around the world. This money is used to fund local initiatives that improve the communities in which Alcoa operates. Meanwhile, the other half of the foundation’s funding goes to globally focused partnerships aimed at achieving long-term results. Most of these larger programs are run by local communities and employees, ensuring that the big picture is not overrunning small-scale needs.

The Alcoa Foundation has many significant partnerships that multiply the efficacy of its work. Thanks to joint efforts with Greening Australia, The Nature Conservancy, and Global ReLeaf, the Alcoa Foundation is halfway to its goal of planting 10 million trees by 2020. By working with DoSomething.org, the largest U.S. organization for socially minded teens, the Alcoa Foundation launched the largest youth-led aluminum can recycling drive in America. Over 50,000 teens worked together over two months to collect more than one million cans, enough to power New York’s Times Square for roughly a year. A partnership with the American Association of University Women led to Tech Trek, a week-long camp for girls passionate about STEM (science, technology, engineering, and math). The camp encouraged 70 middle-school girls to pursue math and science in school and their careers.

The Alcoa Foundation’s work is innovative and exciting. It takes aim at enormous global issues, as well as local ones to benefit diverse groups of people and encourage Alcoa employees to improve their communities and the world. The Alcoa foundation is a trailblazer in corporate stewardship, and one can only hope that many more companies will follow their lead.