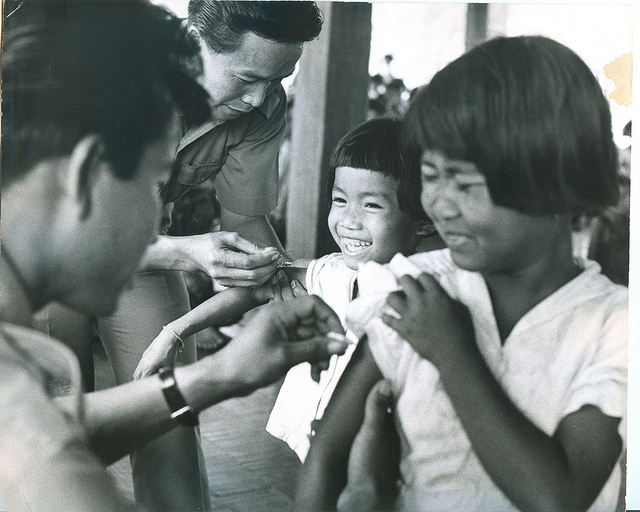 In 2014, the World Health Organisation (WHO) declared that “the spread of polio is an international public health emergency.”

The poliovirus is transmitted through contaminated food and water and it multiplies in the intestine. It can also invade the nervous system and cause spinal and respiratory paralysis in one in every 200 infections. The disease is capable of causing death within hours.

On Feb. 18, Thailand stepped up its precautionary measures against polio, when Laos, a neighboring country, declared a public health emergency as a result of the virus.

The director-general of the Department of Disease Control (DDC) stated that “though Thailand is declared free of polio, Thais are still at risk of contracting the disease particularly in provinces close to Laos.”

In these border areas, residents are required to receive polio vaccines. Acute flaccid paralysis patients and patients from Laos in border hospitals are advised to be kept under close surveillance. According to the DDC, authorities in Laos have also rolled out two measures against polio, including residents in Laos being required to receive polio vaccines one month before leaving the country and having the vaccine administered to people planning to stay in Laos for more than one month.

The main concern for the intensified measures against polio is the spread of vaccine-derived polioviruses (VDPVs) in Laos and Myanmar recently.

According to authorities, the VDPVs are “strains of the poliovirus that have genetically mutated from the strain contained in the oral polio vaccine.”

In April, Thailand and other countries are expected to simultaneously switch from using the trivalent oral polio vaccine, “which contains three poliovirus serotypes, to bivalent OPV in an effort to eradicate wild poliovirus type 2.”

Here, unlike the previous vaccine, when digested by the body, this one replicates in the intestinal tract, providing immunity from subsequent polio infections.

Polio has caused many disabilities and deaths around the world. Thailand is making great efforts to minimize the spread of this disease locally and subsequently helping save the lives of others from this deadly disease.

Former Australian Prime Minister Aids South Africa’s Schools Pack for a Purpose: Doing Some Good on Your Next Vacation
Scroll to top