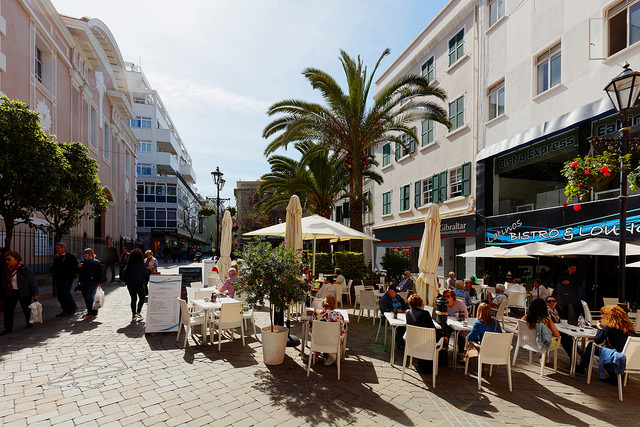 For centuries, the territory of Gibraltar has been stuck in the middle of a fierce custody battle between Spain and Great Britain. Hunger in Gibraltar, while not currently a problem, has historically been an issue during its ubiquitous territorial disputes.

Gibraltar’s location on the southern end of Spain between Europe and Morocco is a strategic location. It’s a small territory, consisting of roughly 32,000 people, and has been part of Great Britain for 300 years since its capture from Spain during the War of Spanish Succession in 1704. It officially became a British territory with the 1713 Treaty of Utrecht.

During World War II, most of Gibraltar was evacuated. Even during the fierce fighting of the war, Gibraltar was an object of contention between Great Britain and Spain. This is largely due to Gibraltar’s position as a port to the Mediterranean Sea. The years following the war saw increased border restrictions by Spain which continued well into the 1960s. During this time, food shortages began to make their mark throughout Gibraltar. Hunger in Gibraltar was a natural byproduct of the closed border to Spain and the complexity of importing food to the country.

In 1967 Gibraltar held a referendum regarding its sovereignty and overwhelmingly voted to remain part of the United Kingdom. Despite the votes from the Gibraltar people, Britain and Spain have maintained their spat over the territory.

This national dispute has seen Spain further change its border restrictions and has attempted negotiations for shared territorial rights with Great Britain. However, their stance regarding Gibraltar has recently become more intimidating. Proposals have been introduced to tax vehicles entering and leaving Gibraltar. Property owners surrounding Spanish territories are facing investigations for irregularities and is considering closing its airspace for flights heading to Gibraltar.

Territorial disputes have had a lasting impact on the territory. Gibraltar has experienced 300 years of being in the middle and its economy and culture have been stretched thin as a result. At the moment, hunger in Gibraltar is not a major issue but may become more problematic if Spain continues its spirit of intimidation.

It is up to Spain to respect the referendum vote and the Treaty of Utrecht so as not to have further negative ramifications for the citizens of Gibraltar.