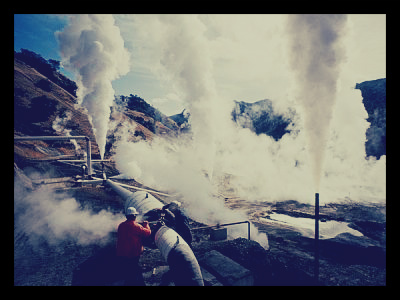 In a new program, the World Bank is partnering with the Development Bank of Ethiopia to fund geothermal energy exploration in the country, which is extremely rich in geothermal resources that lay through the Great Rift Valley.

Up until recently, no geothermal energy projects have been pursued in Ethiopia due to high costs and lack of funding, but the new project will fund an initial $20 million to ignite such projects, with an additional $20 million to be given down the road. The agreement states that the World Bank will pledge $200 million towards developing Ethiopia’s energy infrastructure.

This is not the first energy investment the World Bank has made in Ethiopia; they gave $40 million to the country’s private sector for renewable energy pursuits last year. Initial funds will be put towards exploratory drilling to determine the potential of geothermal projects, and once more information is available, the World Bank will start accepting proposals from organizations and investors interested in developing geothermal projects and power plants within Ethiopia.

Other such geothermal projects have already been in the works by the African Development Bank, with geothermal programs slated for Kenya, Tanzania, and Djibouti. Professor Paul Younger of Glasgow University asserts that the promise for geothermal development in these areas of East Africa is great, with Kenya as the latest “success story.” Although projects in other areas are merely in the preliminary stages, Dr. Younger maintains that the energy industry in the region is developing quickly, and energy development in Eritrea and Uganda may even be possible in the future.

Along with rich geothermal resources, Ethiopia also has considerable hydropower potential of up to 45,000 MW, taking into consideration the great water and rainfall resources in the country. Hydropower already accounts for 86 percent of energy produced there, so officials recognize the need to diversify current energy sources and are aiming to harness the potential 5,000 MW of energy that geothermal technologies can offer. The country’s dependence on water resources for power are especially alarming in light of climate change issues, which include increasingly sporadic rainfall and drought conditions.

Although the country has come very far in energy development within the last few years, 85 percent of the population still lacks access to an affordable source of energy. The country is hoping to provide for the population and decrease dependency on hydropower through aggressive pursuits of renewable energy. As part of the five-year plan, Ethiopia is aiming to increase its energy portfolio fourfold by 2015.